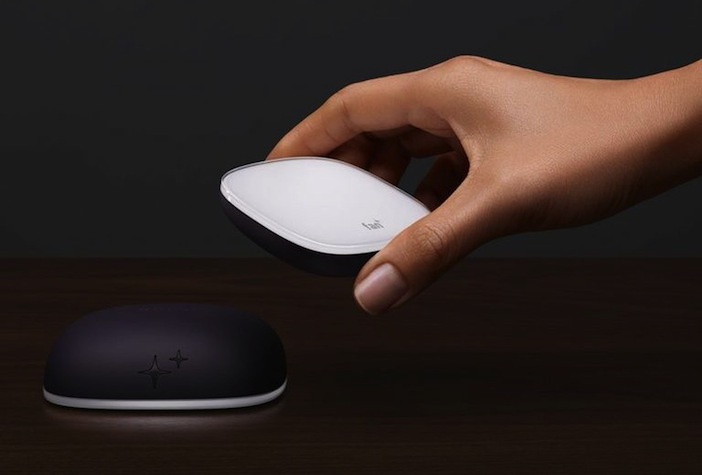 Tons of companies are attempting to merge the live television viewing experience with all the wonderful streaming media services out there — and failing miserably to do so. But newly announced set-top box Fan TV from Fanhattan may actually have a good chance of succeeding.

Fanhattan is best known for its video aggregation and programming guide service that shows you what’s available to watch across tons of popular video services like Netflix, Hulu, Amazon, and so on. It’s a nifty little app to have when trying to determine something to watch in your living room, but it’s only setback is that you couldn’t actually navigate to that programming on your TV. Fanhattan is addressing this problem by creating a set-top box to orchestrate all your media options.

Fan TV provides access to a universal “queue,” or watchlist, of programming from all services. It also has a universal search feature that gives you all the options for where you can watch a particular movie or TV show episode. Once you’ve found what you’d like to watch, Fan TV pushes you directly to the program — thus opening up a separate app (such as Netflix or Hulu Plus) or pushing you directly to the program that’s already in progress via live TV. There’s a lot to love about Fan TV, and I can’t help but wonder if it’s closer to the revolutionary TV experience that Apple founder the late Steve Jobs spoke of than the current version of Apple TV. 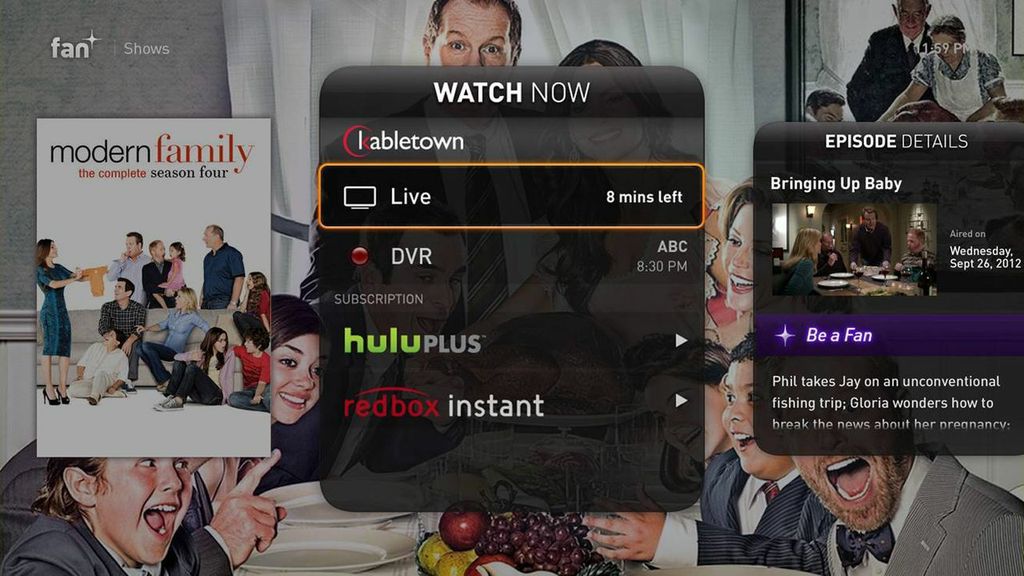 The key difference between Fan TV and other set-top boxes? Fanhattan is working with cable TV service providers rather than selling their device via retail stores like the Roku. And while few people enjoy dealing with their cable provider, it has some advantages.

Fan TV will likely cost about the same amount to rent as you’re currently paying for one of those really awful cable TV boxes (about $10-$15 per month), and it’ll serve as the sole device for accessing all services on your TV (Netflix, Hulu, live TV, a programming guide, on-demand content via your TV service provider, and so on). This is something Microsoft suggested with the recently announced Xbox One console, but we still don’t know if it’ll require hooking up a cable box to gain the live TV integration.

“There are no companies motivated to create a [TV set-top box] product that’s for consumers,” said Fanhattan CEO Gilles BianRosa in an interview with VentureBeat. He explained that the reason the majority of cable boxes are so awful is because they’re built by third-parties that treat the cable providers as customers, rather than the consumers that will actually use the product. 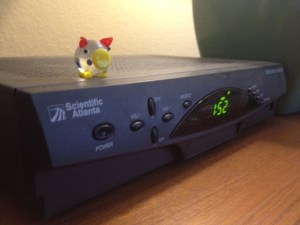 To give you some context, I’m currently using Time Warner Cable’s ancient Scientific Atlanta box that has buttons I’ve never actually pressed (see photo to the right). The programming guide is horrendous, dull, and often very slow to respond to the remote control. Navigating through channels is also awful, as there are often three or more different channel numbers for the same station. And don’t even get me started on navigating on-demand content.

BianRosa told me that Fanhattan sees an opportunity to provide those cable companies with a superior product that satisfies both TV service providers and consumers. His startup is already focused on a consumer service with Fanhattan, so now it’s just a matter of translating the user experience to a set-top box.

The device itself has two parts. The first is the actual streaming box, which is about the size of a Roku or Apple TV “puck.” The second portion is a smaller rounded square piece that acts as a remote — except there aren’t any buttons. You control everything using touch gestures like you would with a tablet or smartphone. (Check out the demo video and a gallery of screenshots below for a closer look.) Alternately, you can use the recently updated Fanhattan iPad app as a remote, and the brand new web app to manage all your watching activity on Fan TV.

Fanhattan hasn’t announced any partnerships with cable TV providers, but it’ll be interesting to see how the company’s revised business strategy stands up against other set-top box makers.