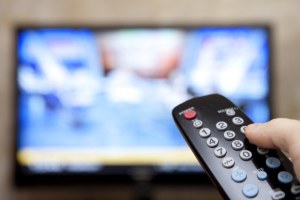 A provision of the Cable Television Protection and Competition Act that requires cable companies to provide unencrypted basic-tier cable could soon become obsolete, putting the life of young set-top box-maker Boxee in jeopardy.

A rule change, supported by the cable companies, is currently being considered by the Federal Communications Commission (FCC) that would enable the encryption of basic tier cable. A decision could be made in just a few weeks time.

The change would force consumers who currently connect their television sets directly to cable lines for free or low-cost basic-tier cable to use a set-top box (typically provided by cable companies for a monthly fee) for the same access.

“In the late eighties and early nineties, increasing numbers of cable systems started to encrypt their signals, and the rule was adopted to allow people to at least access some programming without renting a converter box,” said John Bergmayer, senior staff attorney at open Internet advocate group Public Knowledge.

Depending on how the proposed change is enacted, low-income consumers could be hit with fees for services that were previously available to them free of charge. Public Knowledge, which initially came out in support of the proposed change because the FCC has already been issuing waivers on a system-by-system basis since 2009, has petitioned the FCC to allow for a transition period and require cable companies to provide low-capability set-top boxes free of charge to prevent “bill shock.”

But the group eventually stumbled upon a harmful side-effect of the new legislation that could wipe out innovation in the TV sector, and is now asking the FCC to seek further information.

“We think it’s worthwhile to make sure that the FCC doesn’t do a rule change that has negative consequences that they didn’t foresee,” Bergmayer told VentureBeat. The FCC, he said, has previously come out in support of innovation and competition around entertainment devices, but the rule-making should jeopardize the well-being of the startups bringing these very same devices to market.

Boxee, one such startup, makes a set-top box for watching Internet content on television sets. The company recently released a Live TV stick that acts as a high-powered HD antenna and provides streamers with access to local stations. The offering is the most compelling release yet for would-be cord cutters and thus a threat to the cable companies. But should the FCC eliminate unencrypted access to basic tier capable, Boxee’s Live TV stick would be useless for 40 percent of owners, and its business would be at risk.

As such, the startup, which only recently found out about the proposed change, presented concerns and research to the FCC on February 1. Boxee told that the FCC that permitting encryption would force millions of consumers to rent set-top boxes, harm startups in the space, and stifle competition in the marketplace. It also proposed the adoption of IP-based standards as an alternative solution.

Now, Boxee is asking its supporters to send notes to the FCC, and Public Knowledge is lending its support to the comparably little New York-based company as it goes to head-to-head with cable companies.

Unfortunately, the gossip on the street, Bergmayer said, is that the FCC could issue a ruling in a few weeks. The organization hopes that the FCC will keep the docket open long enough to make a more informed decision.