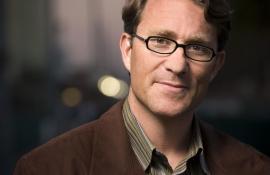 TextDigger actually comes from a media background, having been founded by former employees of online news company CNET (now owned by CBS). TextDigger says it uses semantic tools (i.e., technology that understands words and their relationships) to make “Web pages more findable, both to outside search engines and to site visitors, via better search results and related search suggestions.” For example, the company partnered with the San Jose Mercury News to automate the process of tagging stories and generating topic pages around those tags.

“We kind of went looking for some good technology, and good human beings help accelerate our curation,” Battelle said. He added, “We can apply TextDigger’s technology to take those one-off programs and scale them.”

To that end, Federated Media hired four of TextDigger’s employees, and named TextDigger founder Tim Musgrove as its chief scientist, a new position at the company. The startup’s Chief Business Development Officer, Bob Perreault, is moving into the CEO spot.

The terms of the deal were not disclosed. TextDigger has raised a total of $5.8 million from True Ventures, Intel Capital, CBS Interactive, and individual angel investors.

Federated Media, meanwhile, has raised more than $50 million in funding from Oak Investment Partners, Omidyar Network, and others. Battelle said the company brought in 75 percent more revenue so far this year than it did during the same period in 2009 — and it’s profitable.

(An earlier version of this post incorrectly reported that Federated Media had completely acquired TextDigger, rather than part of the company.)