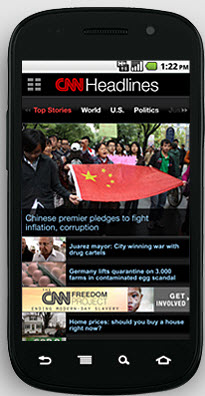 CNN’s mobile news site is the first casualty of the load of traffic coming in related to the killing of Osama bin Laden, the most wanted terrorist in the world.

Keynote Systems reported that CNN’s mobile news site went down for a time after the news broke. That’s no surprise since mobile sites aren’t built to handle heavy video loads and lots of people probably just tuned into the live broadcast of President Obama’s speech confirming the news of bin Laden’s death.

You can expect that a lot of news sites to see longer response times as a result of the bin Laden news, which is already taking control of the trending topics on Twitter. Keynote said some live streams went black under the stress of the traffic. Major news sites saw their response times and availability take major swings during the past hour, according to some real-time information from Keynote.

Now some of the news is likely to shift to the reaction around the globe. ABC News reports that large crowds have gathered outside the White House, waving flags, singing, and chanting USA, USA.” After Obama’s speech was over, the CNN mobile web site started to respond, but it was taking six times longer to load, compared to its normal performance, as measured on the four major U.S. carriers.

How we got from the first leak to CNN’s mobile site going down is a story in itself.

The New York Times said that Dan Pfeiffer, the White House communications director, announced the first tidbit of news after 6:45 pm Pacific time on Sunday, saying, “POTUS (President of the United States) to address the nation tonight at 1030 PM Eastern time.” From there, journalists got an email message from NBC Nightly News anchor Brian Williams saying, “Get to work.” Keith Urbahn, chief of staff for former defense secretary Donald Rumsfeld, tweeted, “So I’m told by a reputable person they have killed Osama bin Laden. Hot damn.” That tweet went out at 7: 25 pm Pacific time. 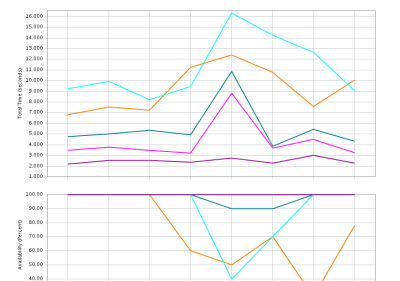 The headlines are pouring in. The New York Post site says, “We got him!” while the Huffington Post says, “Dead.” Almost two hours after the first tweets, there are now 3,233 news articles on bin Laden’s death.

Dave Karow, senior product manager at Keynote, a mobile and web cloud monitoring service, said there is a lot of stress on sites on the West Coast of the U.S. now such as in Los Angeles, since many people on the East Coast have gone to bed.

“I would expect mobile to crater faster,” he said. “It’s a wilder frontier. But this year, web news sites are taking mobile seriously, as the number of smart phones grows. When people hear news now, they look to their mobile phones for confirmation.”

There is nothing catastrophic in terms of site failures yet, Karow said. The latest information shows that news web sites are at 60 percent availability, meaning 40 percent are down at any given moment.

“This caused a much bigger spike than the royal wedding,” Karow said.

That’s because news sites were able to line up more servers and prepare for the royal wedding, while this news took everyone by surprise, much like the death of singer Michael Jackson.