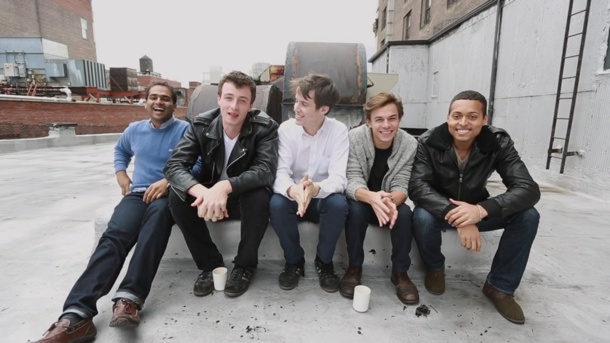 Admit it: You’ve thought about dabbling in affiliate marketing. After all, who wouldn’t want to make an extra buck by sharing a few products on their blog or Twitter?

But unless you’re an Internet superstar, chances are you won’t end up making much from traditionally low-commission affiliate programs. Amazon’s program, for example, starts at just 4 percent for purchases (you can earn more with digital download commissions).

New York City-based Consignd believes it has a better solution. Instead of dealing with an online retailer’s affiliate program, Consignd lets you create your own storefront to show off cool products. You can also easily pin items from your storefront to your Pinterest account (no surprise there as Pinterest is incredbly popular for e-commerce).

Much like Fab and other online shopping sites, Consignd has drop-shipping relationships with companies and their brands, which means orders come directly from the manufacturer. The big benefit to that: Higher commissions for you.

“By taking the retailer out of the equation, we never hold any inventor risk,” said Luke Sherwin, Consignd’s cofounder and operations head, in an interview with VentureBeat. Since it took out the middle man, Consignd sees a surprisingly high margin of 40 to 45 percent with a typical brand relationship, which lets it offer its users commissions between 20 and 25 percent.

Consigd is a member of Enterpreneur Roundtable Accelerator’s most recent class of startups in New York City. Sherwin and the rest of the Consignd team are feverishly prepping for ERA’s demo day, which is being held tomorrow.

Consignd has certainly come a long way since my initial chat with Neil Parikh, cofounder and head of business development, a few months ago. The company was initially focusing on smaller sellers, like people who offer products on Etsy or sell at local flea markets. Now it’s aiming for “Etsy graduates,” as Sherwin described them, and bigger brands.

Since launching its beta five weeks ago, the company has nabbed 55 brands, including Braun, Soul Bicycles, and WeWod, and has accrued a waiting list of willing partners twice that size. It’s also attracted three of the top 20 Pinterest users, according to Sherwin.