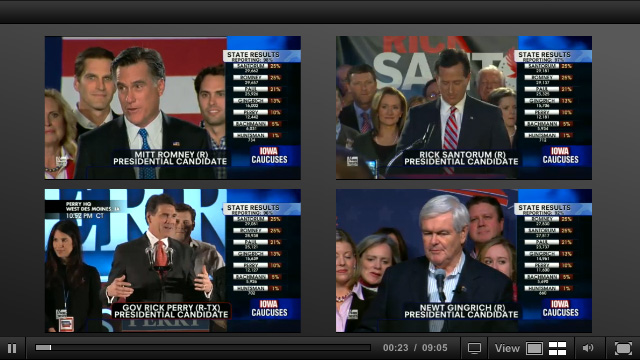 With the new year come new resolutions, and Fox News has one of its own: It’s adopting a new digital strategy that takes the mobile world into special account.

“The starting point for all [these changes] is there are more devices, more connectivity,” Fox New and Business’ vice president of digital, Jeff Misenti, told VentureBeat.

Fox is introducing a slew of new ways for its audience to interact with news anchors, articles, video content, live streaming, and even the front page of Fox News’ website itself. The emphasis, however, is on the recently adopted term “TV Everywhere.” A number of media outlets are taking to TV Everywhere as a way to deliver content to a number of different devices and to do that as seamlessly as possible. But syncing your customers’ viewing experience across a variety of screens is a challenge.

One of Fox’s first major moves Fox on this front is is a partnership with Akamai to create a cross-device authentication system that allows Fox customers to prove they have Fox News accounts. From there, they can access saved and new content on any authorized devices. Comcast and Disney recently struck a deal to provide a similar service across Comcast Xfinity customers’ devices.

The access wouldn’t only let you see the content; it would let you pick up the content wherever you left off. If you were watching a program on Fox News, you could pause the video and be prompted on another device to resume at the place you paused. This is particularly useful for those keeping up with the election through Fox — people who want to follow the live programs but can’t commit to sitting in front of the TV all day.

Live streams are also getting a face lift, one that online Iowa Caucus watchers were able to enjoy last Tuesday. A new media player (see top photo) available on the Fox News website allows you to keep up with multiple live streams at once. For instance, if there are multiple cameras focused on the candidates, you can add up to four different streams into one video box. The box allows you to toggle between candidates, focusing on one stream at any given time.

According to Misenti, Fox’s live stream traffic for the Iowa Caucus this year was comparable to that of the Japanese earthquake in 2011. Because of this momentum, Fox isn’t going to stop working on its new video. The company hopes to to let viewers access interactive information regarding a specific candidate from the media player. It would show that candidate’s political views and platforms in a side wing.

Politics will obviously play a big roll in Fox’s 2012 digital strategy, and this year’s election dictates much of the changes to Fox News’ website. The company is redoing its look to accommodate interactive live video of candidates and to increase compatibility for tablets and smartphones. Misenti explained that Fox sees the mobile Web as just an extension of the regular, computer accessed Web. It deserves just as rich an experience as applications get. Fox will try to emulate this richness with interactive maps developed in Java and CSS, rather than Flash and other website adjustments.

But more important than its political strategy is the interaction its audience will have with all of these improvements — and it’s not just going to be through gamification.

“Some of [gamification] is compelling and some of it is cute to be cute. We’ve taken a pragmatic approach,” said Misenti. 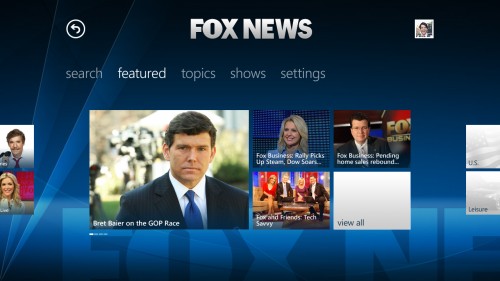 Fox will allow users to upload videos, photos, opinions and more to the site. The point is to make viewers feel like they are also a part of the news, without actually letting them report. The community center on Fox News’ website will be redone to allow for more discovery through social connections and sharing on the site. For instance, if you find someone whose views you appreciate, you can pull up their past posts and comments to see what else they have to say.

In its last, major change focusing on its audience, Fox is also releasing an Xbox video player. The company has been seen recently teaming up with a number of companies “young people” use, such as Google and Twitter. Misenti explained that Fox is looking not necessarily to connect with technologists or Silicon Valley more broadly, but rather is just following people to where they get their news.

“Younger audiences are interacting with content through things like Google News,” he said, as if to sum it all up, “We want to be where the people are. ”

Side note: Yes, my name is Meghan Kelly, no ‘y!’ Coincidence?