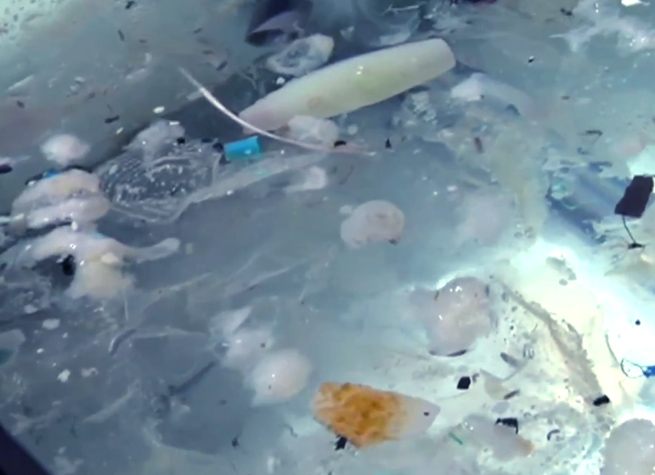 Ever wonder where all those plastic bags and bottles you throw away end up? It’s not pretty.

Toxic Garbage Island, an hour-long documentary that has just appeared online, shows how the increasing use of the ocean as a garbage dump is slowly destroying ecosystems.

The cast of the documentary originally set out to find an island made of garbage and plastic in the Northern Gyre of the Pacific Ocean. While trying to find this island, the team analyzed small and large chunks of trash that cannot biodegrade. It’s a deeply affecting look at what’s happening to our oceans and a portrait of scientists and journalists trying to assess the damage.

Toxic Garbage Island originally aired on Vice.com in 2008 but is now on YouTube in three parts. I had never seen or heard of the film before, and I found it utterly fascinating and sickening. I thought others might be interested, too. Check it out below.