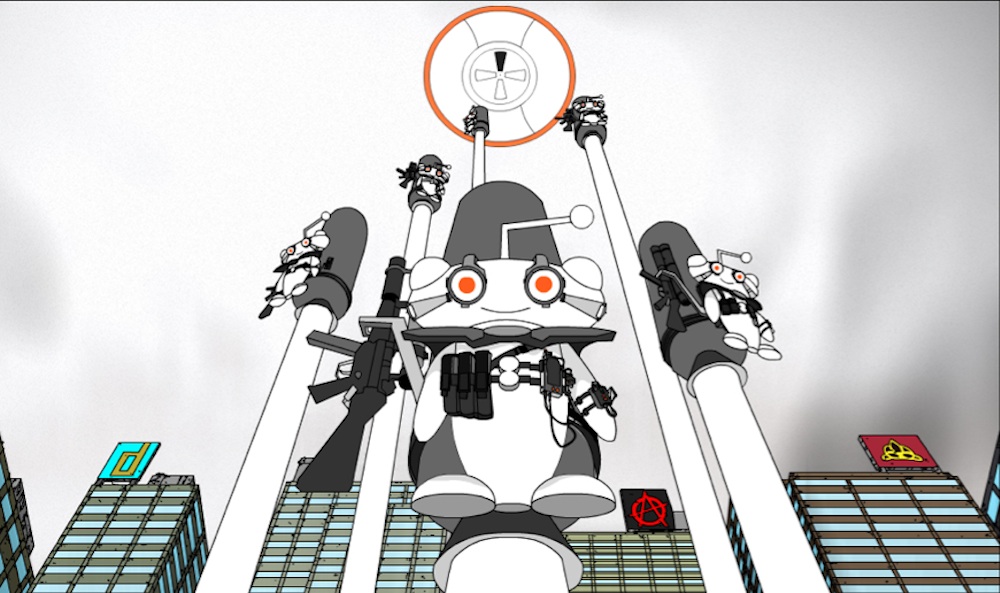 A showdown this week between Reddit and Gawker shows what happens when one of the Internet’s old-line virtues — anonymity — gets sucked into a vortex of poor taste and trolling, then gets dragged over the pointy coral reef of public attention.

Reddit, of course, is one of the web’s biggest aggregators of links, but it’s also a vibrant and often prickly community. Gawker is a media-industry gossip blog whose usual fare tends to celebrity sightings and sex tapes.

But don’t look for any links to Gawker on Reddit right now. The only time you’re likely to see Gawker on Reddit these days is if it’s in reference to the self-imposed ban many Reddit users have placed on Gawker and on other websites owned by Gawker Media, including Gizmodo, io9, Kotaku, and Deadspin.

Recently, moderators in over 50 of Reddit’s sub-category sites (called subreddits) banded together to manually remove any link that points to a Gawker property. The reason for this was due to Gawker editor Adrien Chen’s plans to publish an in-depth article that revealed the identity of a popular Reddit user known as Violentacrez (pronounced “violent acres”), a move that many Reddit users felt would struck at their right to anonymity and free speech.

In fact, Violentacrez was a powerful personality on Reddit, one who helped the site as a moderator just as much as he outraged many of its users with the content he posted. The controversy highlights the dependence that community-driven sites like Reddit have on power users whose tastes and sense of decorum they have little control over.

Despite the threats from Reddit users, Chen published the article yesterday. It’s a long, in-depth, and balanced look at a man who Chen called “the Internet’s biggest troll,” a 49-year-old Texan whose recreational interests included posting pictures of teenage girls, baiting users with outrageous subreddits about pedophilia, racism, and necrophilia, and generally provoking outrage.

As far as I know, freedom of speech and privacy rights have remained largely intact, which you’d never know by reading the comments on many of the top Reddit posts in the past day or two — the politics subreddit in particular.

And with that kind of negative social pressure beating down — the same kind of pressure that helped black out the most popular sites on the web in protest of SOPA — a lesser person might have killed the story, or at the very least toned it down. Luckily that didn’t happen.

For Chen, it would have been very easy to write a damning article that not only revealed Michael Brutsch as Violentacrez, but also summarized his shady activity of posting photos of underage girls, trolling the community with racial/sexist/stereotypical activity, and generally being bad at concealing his identity. Instead, Chen wrote a 4,746-word feature article that humanized Brutsch as a dirty but complicated middle-aged man who became a force of online justice when he wasn’t at his day job.

The article also offered a great deal of original reporting, including the realization that Brutsch had actually been a guest on Geeks of Doom’s The Drill Down podcast, which I used to co-host with VentureBeat’s Devindra Hardawar and Andrew Sorcini. Sorcini was an online power user in his own right, under the moniker “MrBabyMan” on Digg. (Disclosure: In this particular episode, VentureBeat’s Sean Ludwig was filling in for Devindra, but he didn’t speak during the interview.)

“Violentacrez has…certain fetishistic tastes, but as far as I know, he’s never done anything illegal,” Sorcini told me in a phone conversation yesterday. He’s the former top Digg user of all time, and has kept up with the community of other power users on Digg, even though none of them have any interest in the site anymore. He contacted Brutsch to do the podcast because he was curious about Reddit’s most active users.

“I did drill him on the controversy surrounding his popularity on Reddit, (and) I did get the sense that he had a moral compass,” Sorcini said, adding that the center of that moral compass wasn’t located in the same place as most people, who aren’t as concerned with concealing their identity.

This point actually made sense, and backed up Chen’s description of Brutsch as an ultra-connected Reddit troll, who had a surprising amount of power policing the site.

In particular, it was a quote from former Reddit employee Christopher Slowe that really opened my eyes to how Brutsch even ended up in this position. Back in 2008, Reddit was a different place. It had four employees and not a lot of money. The site was down every other day, and on top of all that, there were tons of people doing illegal things, like posting naked pictures of underage girls to its (now defunct) Jailbait subreddit.

“We just stayed out of there and let him do his thing and we knew at least he was getting rid of a lot of stuff that wasn’t particularly legal,” Slowe says in Chen’s article. “I know I didn’t want it to be my job.”

I’m sure Brutsch will undoubtedly experience lots of consequences. But that’s not the truly sobering piece of this entire situation for me.

As it stands, Reddit’s moderators decided to go proactive by voluntarily banning a website that went after their friend — mind you, not just the article that would have outed his identity, but everything that the site and its sister publications ever produce. They do this under the guise of protection, or a distorted sense of duty, or hell, just because they want to. And this would normally be fine, except that it speaks volumes about Reddit’s moderation police.

Reddit moderators that banned Gawker don’t really want freedom of speech, but they do want the appearance of it. They are exactly what they hate: A bunch of authoritative sociopaths convinced that limiting a few awful voices is necessary for the greater good of the community.

As for Sorcini’s contact with Brutsch, he said it’s been pretty minimal. The last time Sorcini chatted with him was six months ago.

“He’s unapologetic of his actions, but if you’re going to be that way, you have to accept the consequences,” Sorcini told me.

The last time Sorcini spoke with him, Brutsch was inquiring about ways he could transfer his popularity on Reddit to the much more visually stimulating social network Pinterest.