Today marks the start of Europe’s tough new privacy regime, and despite two years of warning and preparation time, at least two newspaper chains in the U.S. couldn’t figure it out.

Readers in Europe woke up this morning to find that newspapers owned by Tronc, including the Los Angeles Times and Chicago Tribune, were no longer accessible. Some Tronc apps had also disappeared from EU app stores.

Lee Enterprises, which owns a string of 46 smaller regional newspapers, also announced its sites were not available.

While these two groups took the most extreme measures, USA Today redirected readers in Europe to a new site (https://eu.usatoday.com/) that has a limited number of news stories and no advertising. 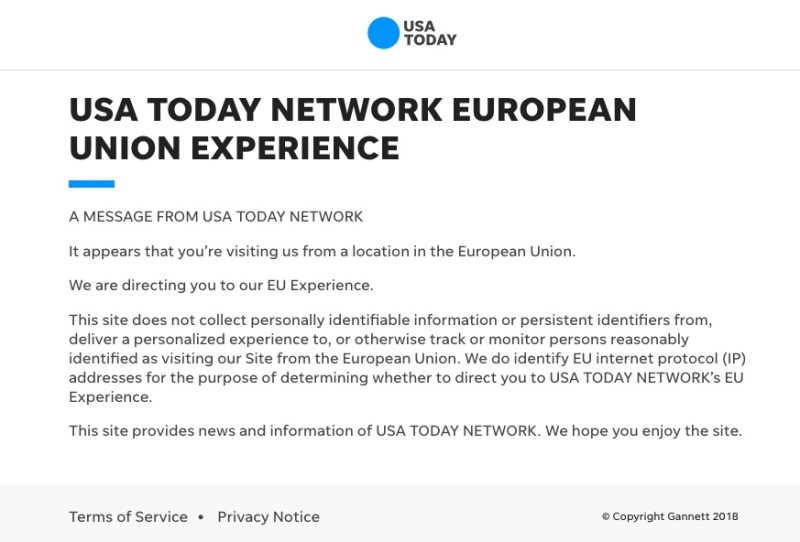 GateHouse Media also appeared to be blocking European IP addresses at some newspapers.

Today marks the first day of the General Data Protection Regulation, or GDPR, a new set of rules intended to give European Union residents more control over their personal data. The rules were adopted in April 2016, giving companies two years to prepare. In recent days and weeks, most people in the EU have likely had their email inboxes flooded with requests to re-opt into various services.

The rules require more express consent to allow for collection of personal data and include the possibility of fines up to 4 percent of a company’s global revenue.