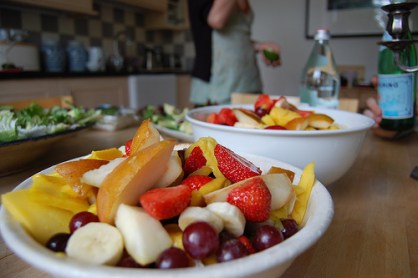 The female-focused media and advertising company Glam Media has purchased Foodie.com, potentially as the first step towards launching a new food vertical, VentureBeat has learned.

According to a source, Glam Media CEO Samir Arora purchased the Foodie.com domain last week for over $100,000. A quick Whois lookup, which details publicly available domain information, confirms that Arora is the current owner of the domain.

We reached Arora over e-mail, but he wouldn’t offer up any further details on the company’s plans for Foodie.com on the record.

Glam Media already has food sections on both Glam.com and Brash.com, Glam’s male-focused site. But the company would have a lot to gain by launching a food-obsessed vertical at Foodie.com. Not only is it a great domain, but it would also help for Glam Media to own a food vertical that isn’t aiming at any particular gender.

Indeed, a new site at Foodie.com seems like a natural extension of what Glam has been doing for some time, and it would also help the company take advantage of the increasing popularity of foodie sites.

In addition to Foodie.com, Glam is also gearing up to launch a health and wellness site at Bliss.com. We can expect Bliss, and whatever pops up at Foodie.com, to focus on high-quality writing, photography and video, like all of Glam’s other verticals. The company last year launched GlamAdapt, an ad platform for quality content.

Brisbane, Calif., based Glam was founded in 2003 and is currently preparing for an IPO. The company raised $50 million at a $750 million valuation in February of last year.