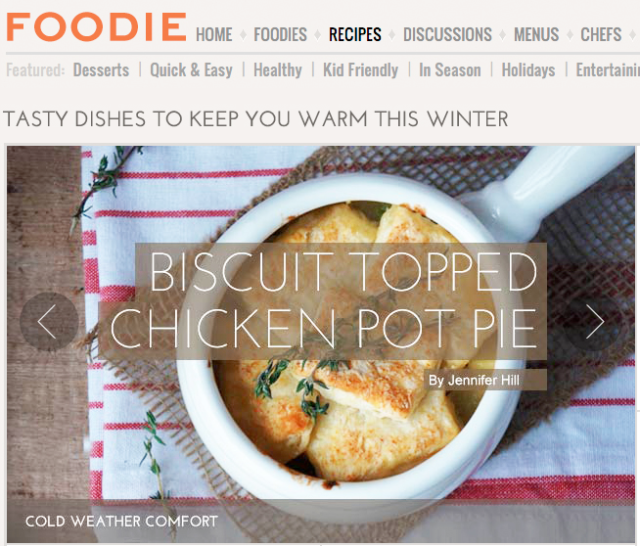 After months of silence, Glam Media finally revealed its plans for the company’s next big site launch, Foodie.

VentureBeat broke the news that Glam purchased the Foodie.com domain for $100,000 back in June 2011. At the time, we theorized that the company was planning some sort of gender-neutral food/cooking vertical, despite already having food sections on both Glam.com and Brash.com, Glam’s male-focused site.

“We were completely unprepared to talk about Foodie when VentureBeat published the news (this past summer), but now after two years of work understanding how social media has affected consumer behavior for interests in restaurants, recipes, and chefs, we’re launching Foodie,” said Glam Media CEO Samir Arora in an interview with VentureBeat.

Traditionally, Glam Media’s strategy for launching new sites involves intelligent curation of both original content and advertising that’s geared toward a specific subject or genre. However, Foodie marks a significant change to that strategy. The new site will serve as a full-fledged social network about food and will take advantage of Glam’s purchase of social media startup Ning in September. And while Foodie will also feature content and ad curation, Arora said eventually the site will brand out to offer web app products and resources for food lovers, much in the same way Google was able to build its web services adjacent to its main search engine product.

Foodie launches with over a hundred premium food writers, a panel of culinary ambassadors (five high-profile food critics and five top chefs), 1,000 new recipes, and a handful of branded content campaigns from brands like Betty Crocker and Dannon Yogurt’s Activia. Foodie’s culinary ambassadors will help nominate the world’s top restaurants and provide regional guides that will be produced annually. The site is also rolling out a social ranking system to identify quality contributions to the site.

“Most social sites launch without any game plan for generating revenue and most of them end up failing,” Arora said, adding that there have been obvious exceptions to that like Twitter and Facebook. Foodie, on the other hand, intends to monetize itself upon launching. Arora said the site will initially reach 10 million consumers per month, and that food could eventually become Glam Media’s biggest category of concentration.

It’ll be interesting to see if Foodie can leverage its mix of content and ad curation to jump-start the social aspects of the site, and ultimately compel people to continue coming back whenever they start planning dinner.

Check out some screenshots of the new site below.