Samsung has announced something of a landmark moment for the movie industry: its first ever commercial installation of an LED display in a cinema.

The Korean electronics giant first unveiled the Samsung Cinema Screen back in March and debuted the display at a series of events at The Orleans Hotel & Casino in Las Vegas. Now the 10.3m (33.8ft) screen has been given a permanent home at the Lotte Cinema World Tower in South Korea.

The switch to digital projection in cinemas has been underway for a number of years already and 4K incarnations are now prominent fixtures, too. On the other hand, displays using high dynamic range (HDR), which improves the contrast of colors within a video to make the whites whiter and blacks blacker, are something of a rarer beast.

Samsung’s LED Cinema Screen not only supports 4K (4,096 x 2,160) resolution, it also promises HDR visuals. However, the screen is markedly smaller than the typical movie theater screen, which usually ranges from around 45 feet all the way up to 72 feet on IMAX. 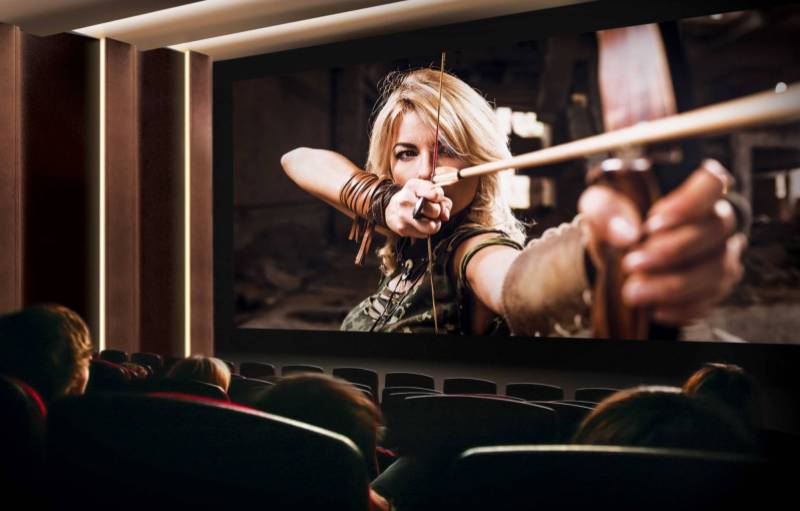 “Through sharper and more realistic colors, complementary audio, and an elevated presentation, our Cinema LED Screen makes viewers feel as if they are part of the picture,” said HS Kim, president of visual display business at Samsung.

While this launch represents only a minor encroachment on the $40 billion global movie theater industry, it’s a notable evolution for a market that has increasingly been eroded by home entertainment systems and services such as gargantuan TV screens, on-demand video, and Dolby Atmos surround sound audio.

Samsung hasn’t announced any future installation plans for the Cinema Screen, or how much it costs, but the company made it clear that it’s targeting the technology at a number of venues and use-cases, including corporate functions, concerts, and esports.