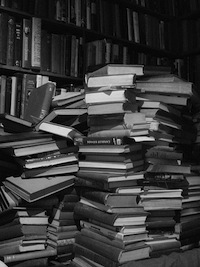 Google’s long-gestating, long-contested plans to make the world’s books available in Google Book Search just hit a big obstacle when a New York court rejected the settlement between the search giant and a number of authors and publishers.

Google first settled in 2008, with the company agreeing to pay $125 million and create a royalty system in Book Search governed by an independent rights registry. In exchange, Google would receive permission to showcase longer excerpts from copyrighted works in its search results. The settlement was revised in 2009 in an attempt to appease the critics (who included the US Department of Justice and a group called the Open Book Alliance, who said the deal gave Google a virtual monopoly), but it looks like the revision won’t fly either.

In the new ruling (the Author’s Guild, the group that led the settlement with Google, has a PDF here), Judge Denny Chin acknowledges that the deal has benefits, but ultimately rejects it:

It would permit this class action — which was brought against defendant Google Inc. … to challenge its scanning of books and display of “snippets” for on-line searching — to implement a forward-looking business arrangement that would grant Google significant rights to exploit entire books, without permission of the copyright owners. Indeed, the [Amended Settlement Agreement] would give Google a significant advantage over competitors, rewarding it for engaging in wholesale copying of copyrighted works without permission, while releasing claims well beyond those presented in the case.

Book Search, with its vision of creating a universal library, is clearly a project that’s close to the hearts of Google co-founders Sergey Brin and Larry Page. You can see it in Brin’s 2009 op-ed in The New York Times defending the settlement, or Wired’s recent profile of Page as he prepares to take over from Eric Schmidt as Google’s CEO.

I spoke to an industry source who’s familiar with the settlement, and who asked not to be identified, about what happens next. Apparently there’s no immediate impact — even if the settlement had been approved, it would have been a year or more before it affected the user experience on Book Search. (Nor should it affect Google’s new ebook store.)

Even in the long-term, Google’s plans for public domain books and for books that are both copyrighted and in-print, remain unaffected, my contact said. The rejection is only troublesome for books that are still copyrighted but out-of-print. This has been the thorniest area throughout these discussions, and without the settlement, there’s no rights registry, and Google would be limited to the shorter snippets that it’s showing now. Basically, we get the Google Book Search of today, rather than the more ambitious version laid out in the settlement.

My source said that after the ruling, there are three possible outcomes: the Authors Guild and other parties could sue Google again, they could revise the settlement in the hopes that it will pass legal muster, or everyone could walk away and Google would continue with its pre-settlement plans.

It sounds like another settlement is possible. In a statement on the Authors Guild website, guild president Scott Turow said, “We’ll be studying Judge Chin’s decision and plan on talking to the publishers and Google with the hope that we can arrive at a settlement within the court’s parameters that makes sense for all parties.”

And Google sent me the following statement:

This is clearly disappointing, but we’ll review the Court’s decision and consider our options. Like many others, we believe this agreement has the potential to open-up access to millions of books that are currently hard to find in the US today. Regardless of the outcome, we’ll continue to work to make more of the world’s books discoverable online through Google Books and Google eBooks.