Google today announced Google Fiber is coming to Huntsville, making it the first city in Alabama to get the $70-per-month service. Mayor Tommy Battle shared the news this morning that Google will be playing a part in helping Huntsville Utilities build its fiber network.

To be clear, Huntsville was already working to adopt fiber before Google expressed interest. In November 2014, Huntsville’s leaders outlined a vision for a network that could support an electrical smart grid, faster Internet, and and other municipal needs. The city reached out to fiber providers who might be interested in working together, and Google raised its hand. 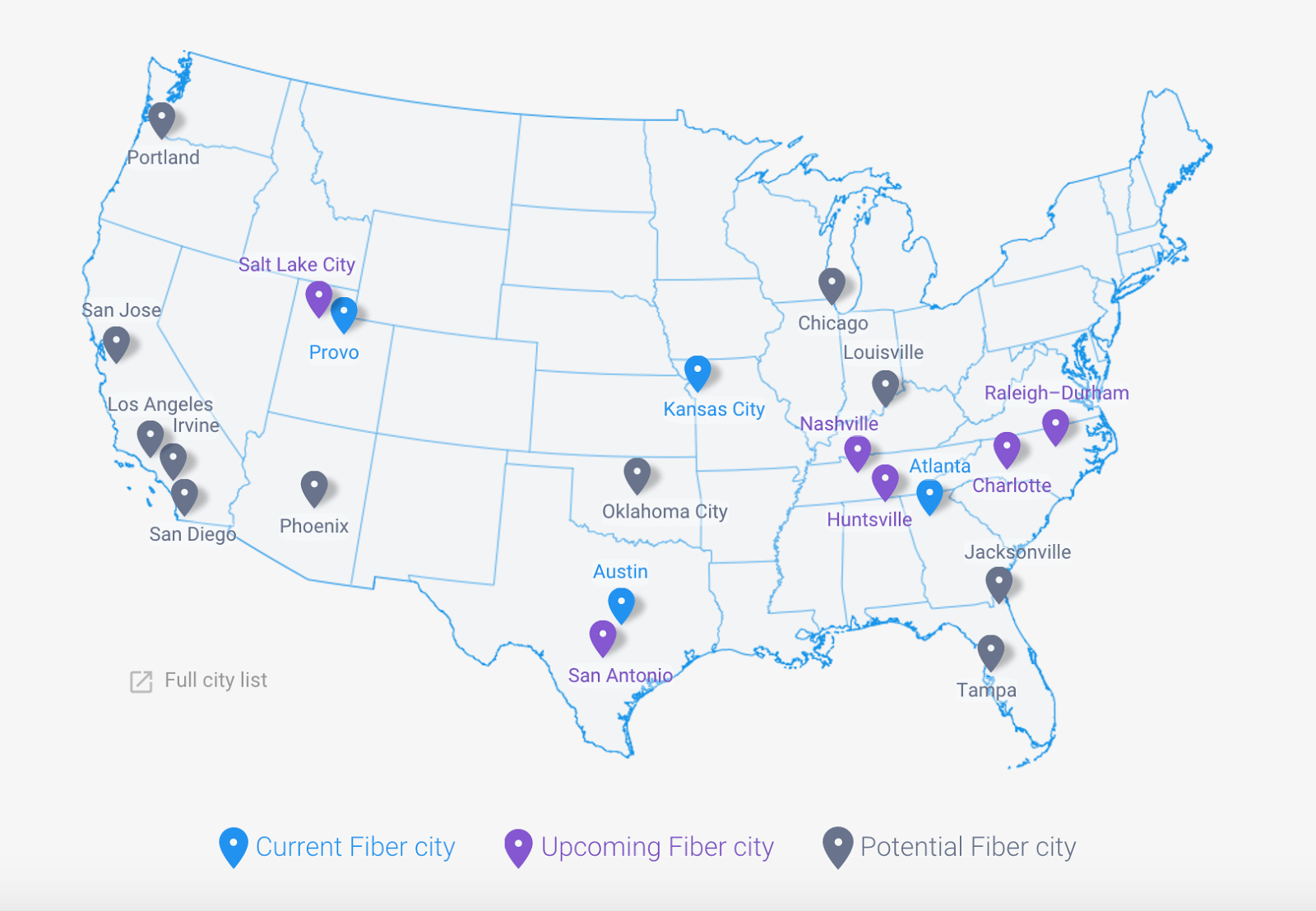 For Huntsville, unlike in cities where Google had to buy or build a fiber network, Google Fiber will be a collaborative effort with the city’s municipal-owned network. The way Google sees it, that’s a good enough reason to bring Fiber to Huntsville.

Additionally, the city has some other unique advantages:

Few places are better positioned than Huntsville to show what’s possible with top Internet speeds. The Rocket City boasts the highest concentration of engineers in the country, and ranks among the best places in the country for STEM workers. Ultrafast Internet will help enable Huntsville to remain at the forefront of science and tech.

The partnership still has to go through final approvals. Then, Huntsville Utilities will design and construct its network, after which Google Fiber and other broadband providers will be able to offer high speed Internet service in the city.

That said, no promises. Google warns that “this is just the beginning of the process” and “it’s too early to share dates or timelines.”