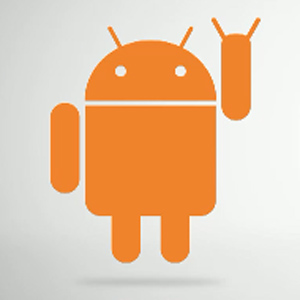 Google has launched its answer to iCloud and iTunes with Google Music, a free service to listen to your music from the cloud and download songs from the Android Market.

While Google has done a great job in the mobile arena and Android is by far the dominant smartphone OS in the world with more than 200 million activations, the search giant hasn’t done a great job with media. Accessing music on Android has been an afterthought up to this point, but Google Music looks to help change the perception that Google is behind when it comes to music on the go.

Jamie Rosenberg, director of digital content for Android took a direct stab at Apple’s iCloud and iTunes Match by saying: “Other cloud services think you have to pay to listen to your music. You don’t.”

Rosenberg’s comment is an acknowledgement that Google is late to the music party and faces some heavyweight competition. Apple’s iTunes Music Store has been dominating digital music sales for a decade, and has locked down licensing agreements with every major music label (Google has only 3 of the big 4, with Warner Music being the holdout). Facebook, with its 800 million users, recently integrated Spotify for real-time music sharing. Meanwhile, file-synchronization services like Amazon Cloud Drive, Apple’s iTunes Match and even Dropbox let you store your music files in the cloud and listen to them anywhere. Meanwhile, streaming-music services like Spotify, MOG, Rdio and Grooveshark (or their older cousin Last.fm) have built out large audiences eager to hear new music.

Against that, Google brings integration with Android — which is now the most popular smartphone platform — and the promise of social-media integration through Google+, its social network, which currently has about 40 million users.

It was already established from the Google Music beta that Google would let its U.S. customers upload songs to its cloud and let them listen from desktop browsers and Android phones. That service was invite-only and now will be available to anyone who wants to sign up, and it’s still free. Google will allow you keep up to 20,000 tracks in the cloud. That’s 5,000 less tracks than what Apple allows with iTunes Match, but iTunes Match costs $25 a year while Google Music is free.

The biggest change is the addition of music tracks to the Android Market. Google promises that “millions of songs” are available for purchase, and it played new tracks from the latest Coldplay album. A screenshot Google provided also prominently displayed new tracks from Drake and Pearl Jam. The company also mentioned The Rolling Stones and Busta Rhymes, who will be releasing his new album on Google Music before any other outlet.

Google said it has partnered with major labels EMI, Universal Music Group, Sony Music Entertainment and independent record labels like Beggars, Merge and Warp. Noticeably missing from the list is Warner Music Group. The company also said it is doing everything it can to add more tracks “as fast as it can.”

The company also announced a Google Music “Artist Hub” which helps artists build a custom home page, upload songs and set prices for their songs. Ideally, this makes for a very easy approach to selling new music. Like iTunes, artists keep 70 percent of the revenue from selling music and Google takes a 30 percent cut.

Google has partnered exclusively with T-Mobile to let its users purchase Google Music tracks directly so they can pay through their phone bills for any music they buy. That overall makes it easier to buy tracks and should help convince you to buy more. T-Mobile said it would also offer some music tracks, including a song by Drake, exclusively to its customers.

The Google Music service will roll out to Android phone owners in the U.S. over the next few days. No word on when the service will go live in other countries.