At its I/O 2015 developer conference today, Google launched Google Photos for Android, iOS, and the Web. The new service is completely separate from Google+, something Google users have been requesting for eons.

That said, Google Photos maintains the original resolution up to 16MP for photos and 1080p high-definition for videos. The app also stores compressed versions of the photos and videos in print-quality resolution.

Storage aside, Google Photos is differentiated by the fact it automatically organizes your shots; auto-grouping means you don’t have to tag or label any of them, or create albums. And in typical Google fashion, the app has a powerful search function.

Google Photos has a slew of new features, including a renamed Auto Awesome feature called Assistant. Just swipe to the left, and the app will suggest new collages and stories made with your photos and videos. After previewing the creation, you can choose to keep, edit, or discard it. 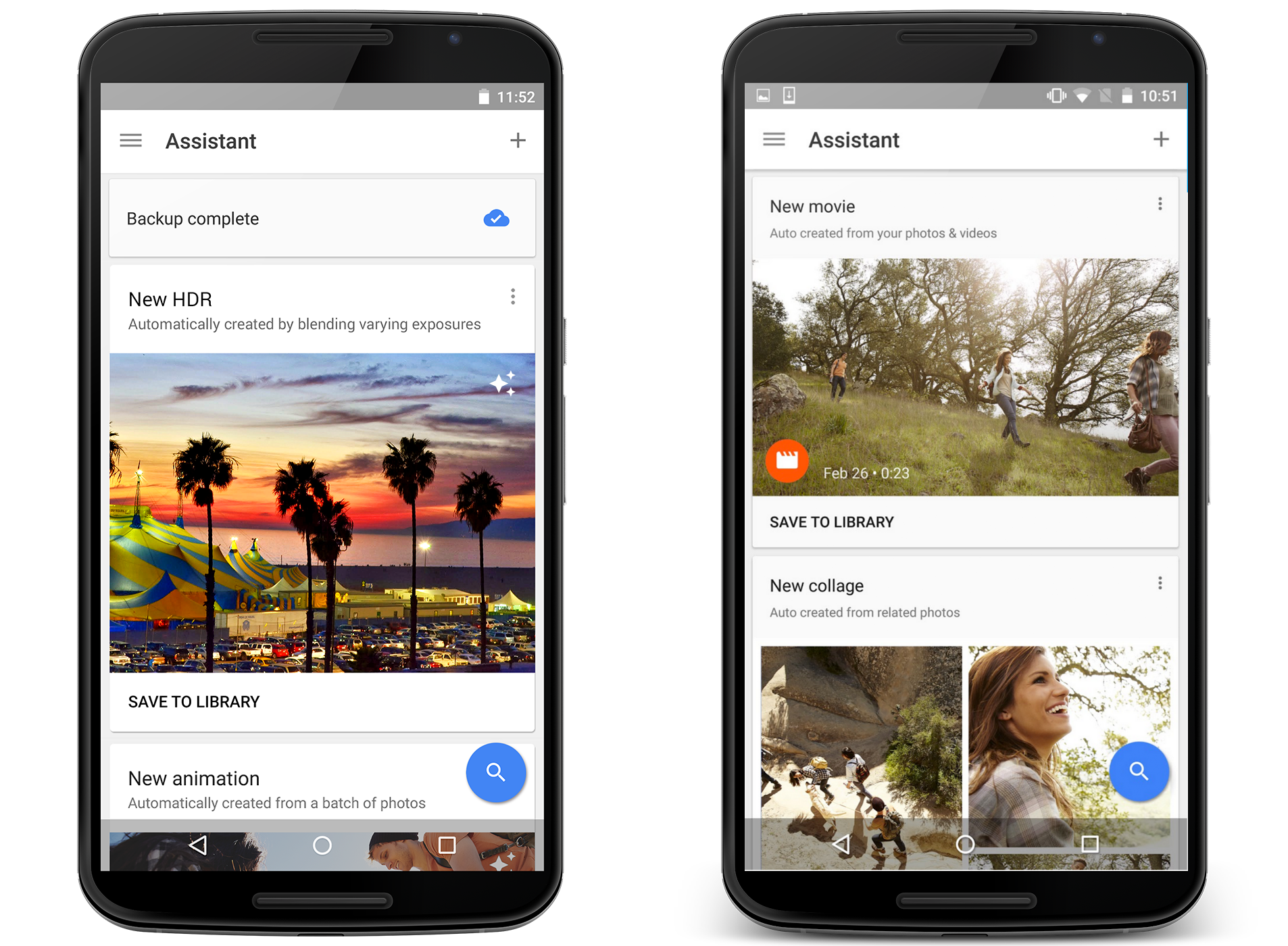 Google Photos can also offer instant adjustments tuned to a given photo’s color, lighting, and subject. Hit the “+” button to create your own collages, animations, movies with soundtracks, and so on.

Because Google Photos no longer relies on Google+, the company has given the team the green light to support other social networks. Users can post images to Facebook and Twitter, as well as messaging apps like Hangouts and WhatsApp.

How exactly sharing works is quite interesting. You can create a link for any set of photos and videos. The recipient can see what you shared without logging in and without having Google Photos themselves. They can also save these to their own library with a single tap.

Google Photos has a massive feature list for an app that is just launching. That’s because the company is clearly pulling in years of experience with its various photo apps and services. Still, Google says it has “a lot more in store.”