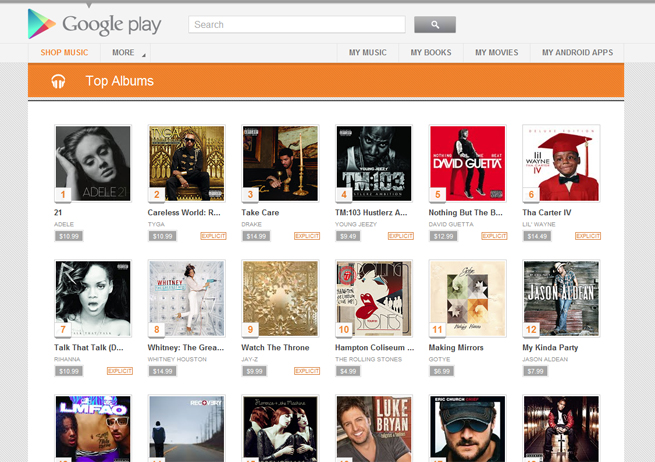 On the eve of Apple’s much-hyped iPad HD event, Google has fired a shot right at Apple when it comes to media with its new Google Play store.

Google Play will smartly combine all of Google’s other stores like the Android Market and Google Music into one cloud-based marketplace for all media needs. Just like iTunes, Google Play will be consumers’ one-stop shop for movies, games, music, apps, and more.

And similar to Apple’s iCloud (and Amazon for that matter), Google says Play will ensure that all your purchased media is backed up so you don’t have to worry about losing those files again. You can re-download your files across all platforms if you ever move or lose them. Plus, you’ll be able to store up to 20,000 songs for free, a feature borrowed from the departed Google Music.

However, iCloud also offers more in the way of dealing with your already-owned music with its iTunes Match service. With it, you can listen your already owned music from other sources across your iOS devices. 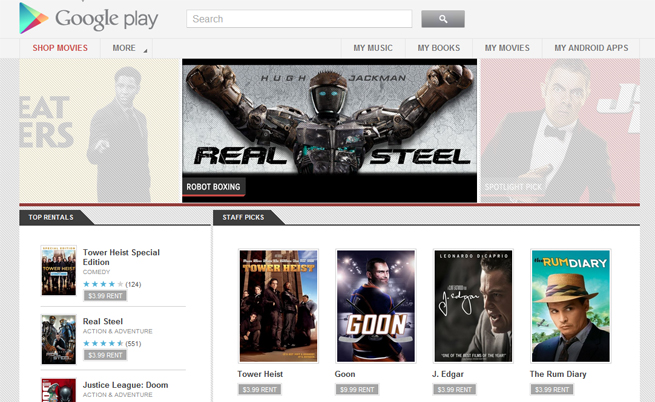 From playing with Google Play today, it appears to offer a relatively smooth experience for browsing and buying media. Unlike iTunes, Play is completely accessible through the browser instead of through a locally-stored program. After toying around with it, I wish there was a way to browse and buy media from Apple through the browser as well.

As for selection itself, Apple is still chiefly king with iTunes, especially when it comes to music. Every mainstream artist and most independent artists make it a priority to have their music on iTunes but not Google. As Google Play evolves and becomes known as the destination for media on Android devices especially, it could eventually catch up to iTunes.

When it comes to music pricing, Play appears to offer downloads at the same price or slightly cheaper than iTunes. Popular albums Talk That Talk (Deluxe Edition) by Rihanna and Jay-Z/Kanye West’s Watch the Throne were both slightly cheaper from Google. For movies, Google Play offers just movie rentals, whereas iTunes offers rentals and digital purchases. Movie rentals appear to cost about the same using both services.

We’d encourage you to give Google Play a spin as well. Let us know in the comments if you like it and how you think it stacks up to iTunes.