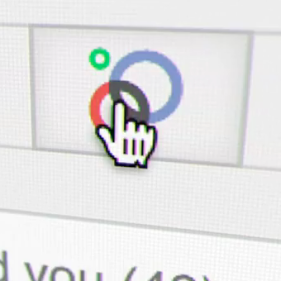 Google is certainly stepping up its game when it comes to prime time advertising via television commercials. Its most recent is running over the Thanksgiving holiday weekend to promote the company’s social network Google+.

It uses essentially the same pitch Google+ used when it first debuted in July 2011, which would be fine except that the total length of the video is roughly 90 seconds — about a minute longer than the super-effective 30-second TV commercial spots most advertisers opt for. (See the video embedded below.)

I can see how it would be difficult to condense that message by two-thirds. Still, it probably would have been worth it if you’re already spending top dollar on prime time TV ads during the biggest sales weekend of the year.

Google’s biggest TV ad push to date was the commercial for its search engine product during the 2010 Super Bowl. Since then the company has produced a few others, like its “year in review” spot in December of last year.

Update: A Google spokesperson responded to our post with the following statement…

“Yes, we did air a Google+ ad during yesterday’s game. The ad was about introducing people to new ways of sharing the right things with the right people on Google+. In regards to our motivation for running the ad, we are doing this because we think it’s a great way to reach our target audience and raise awareness about Google+. During recent years, we have tried new forms of advertising like our TV ads for our browser Chrome and our ‘Gone Google’ campaign for Enterprise on billboards in cities around the world. Overall, Google has increased its investment in marketing and we plan to continue to do that where it makes sense.

We do not comment on the cost of our marketing campaigns.

In regards to our overall vision for Google+ and our marketing strategy, we would say that, ‘We believe that sharing is one of the best features on the web. We want to raise awareness of the new ways that Google+ allows people to share online. Just like in real life, you share certain things with certain people, and Google+ was built with this in mind. Our vision is to transform the way people connect, communicate and share – across all of Google.'”