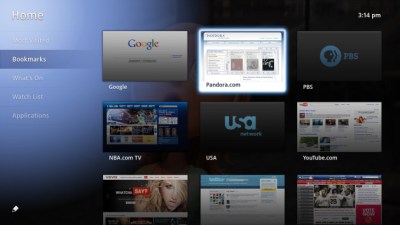 Google CEO Eric Schmidt announced at the IFA consumer electronics trade show in Berlin that it will launch its Google TV service in the U.S. and worldwide this year, Reuters reports.

I’m not entirely sure why Schmidt had to reiterate Google TV’s planned release — when Google announced the service earlier this year, it seemed pretty clear that the company was aiming to roll it out by the end of the year. And with the Logitech Revue set-top box coming out this fall, Google TV would have had to come alongside it. But since Apple made waves last week when it announced its $99 Apple TV revamp, it was probably a good idea to remind the world Google TV is indeed coming this year.

To reiterate, Google TV is the company’s stab at bringing the web — and in particular web video — to TV screens. In addition to the upcoming Logitech Revue box, the company is working with cable/satellite providers, and TV manufacturers, to integrate Google TV into their products. I argued last week that Google TV remains far more compelling than the new Apple TV because it’s more ambitious and will eventually be available to consumers as part of their default TV experience.

As if to bolster Google’s appeal, Samsung TV business head Yoon Beu Keun said that the company is reviewing the possibility of using Android in its TVs. Google is already working with Sony to integrate Google TV into its TV sets, and if Samsung — the worlds largest TV maker — decides to do the same, it would be a coup.