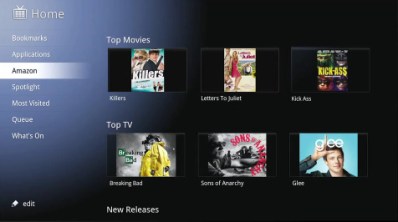 As we predicted, yesterday’s reveal of Logitech’s Revue box was just the beginning of a flood of Google TV news.

The pricing falls in line with LCD TVs available from manufacturers today that feature LED backlighting — which is a pretty good hint that Sony’s Google TVs will also have LED backlights. LED enables brighter screens and thinner displays than traditional LCDs. There does seem to be a slight price premium for the inclusion of Google TV, compared to LCDs around the same size from other companies. Sony will officially announce its Google TV sets on October 12.

In other Google TV news, Rishi Chandra, Google TV’s lead product manager, deflected questions regarding advertising within the product’s interface at the Logitech Revue unveiling in San Francisco, CNet reports. At the New York Revue unveiling, I noticed that the Google representative played similarly coy about advertising on the platform. Chandra said he was unaware of a New York Post report that the company would wait a year before placing ads on Google TV.

Chandra was similarly unclear on how Google planned to use any data it collects from Google TV users, saying only that the company would be releasing a privacy policy for the platform soon.

After the Google Buzz fiasco, in which many Gmail users felt their privacy was invaded by Google’s bumbling attempt at a social network, I can’t imagine that the company would take any more chances when it comes to user privacy. As for the ads, it makes sense for Google to hold off on them until consumer get their bearings on what Google TV actually offers.