GoPro today announced a limited access program for Odyssey, the 16-camera rig that the company showed off at the Google I/O developer conference in May. Now people interested in making 360-degree 3D videos with the system can sign up to make a purchase.

GoPro will start shipping these packages in November, initially in the U.S., Canada, the United Kingdom, the European Union, Japan, and Brazil, according to a statement. Those interested in participating in the limited access program can sign up here.

Here’s a new video from GoPro showing off the type of video you can create with Odyssey:

The rig relies on Jump, a technology that Google has developed to seamlessly knit together the footage from each of the 16 cameras. Odyssey is the first hardware product to use Jump, whose videos people will be able to play back on YouTube, Googler Clay Bavor said onstage at Google I/O.

So it’s a fairly significant rollout, not only for publicly traded GoPro but also for Google, which is keen to see great virtual reality content arrive for viewing in its Google Cardboard headset.

This type of equipment could become more and more common for companies in the business of making immersive video. In July, just two months after GoPro debuted Odyssey, Nokia introduced its own virtual reality camera, Ozo, which features eight shutter sensors. 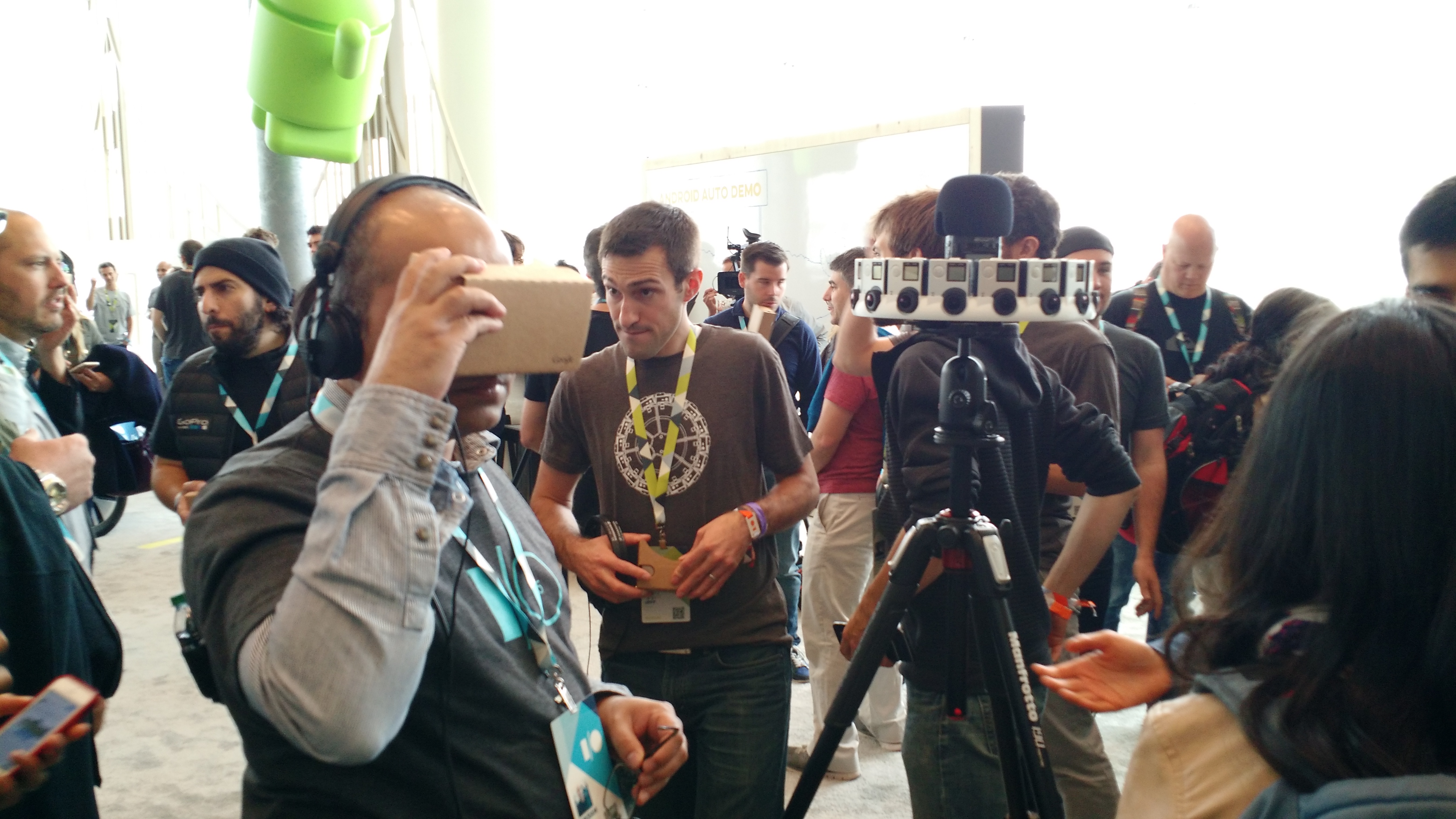 Above: The GoPro Odyssey rig at the Google I/O conference in San Francisco on May 28.

The price tag for the Odyssey might seem a bit high considering that 16 GoPro Hero4 Black cameras cost around $8,000. One reason the price is so high, GoPro said, is that you never have to worry about the cameras running out of battery power. “Odyssey can be plugged into the wall,” the company said in the statement.