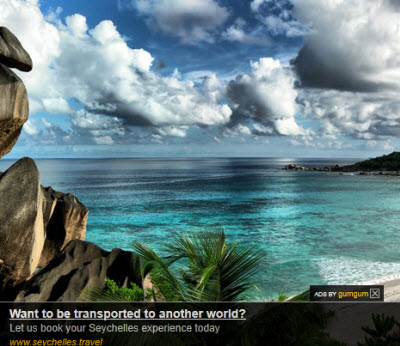 GumGum has pioneered a technology to place advertisements inside photos on web sites. Now it is taking that technology and pushing into the automotive web-site industry.

With its ability to insert ads into pictures, GumGum will help the publishers better monetize their properties and add new functions such as the ability for users to build and price their own cars in a visual way.

Santa Monica, Calif.-based GumGum’s image-monetization technology serves thousands of premier internet web sites by overlaying text, banner, or Adobe Flash ad units on top of images. Brand marketers have taken to the in-image ads. That’s because the photos — from Britney Spears photos to anything that the paparazzi shoot on a given day — are magnets for eyeballs. That is, people pay attention to them. GumGum now reaches 110 million unique visitors a month by serving billions of in-image ads per month. 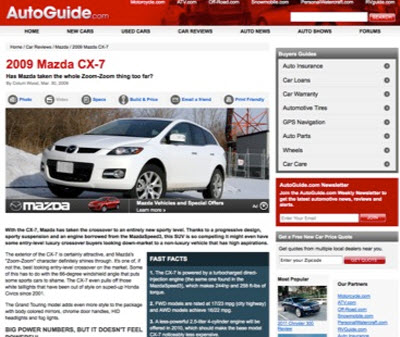 Rob Laidlaw, president of VerticalScope, said that his company chose GumGum (despite its silly name) because it was effortless to deploy, had comprehensive site-level reporting, and unmatched sell-through rates. VerticalScope is using the technology across 200 auto web sites. GumGum can target ads to photos at a keyword level and do it on a massive scale.

GumGum says the click-through rates are 20 times higher for its ads relative to traditional ad networks. Ophir Tanz, chief executive of GumGum, says he sees a big chance for automotive advertisers to create highly targeted campaigns. When done well, these ads enrich the user experience and position the brand alongside content that is relevant to the brand’s story.

Other major partners include Time Warner, Hearst, and Glam Network. GumGum was formed in 2007 and it has 15 employees. Rivals include Luminate and Image Space Media.

GumGum has raised $3.8 million from GRP Partners, First Round Capital, and Crosscut Ventures.