Heavy Metal has survived the roller-coaster media industry for 44 years, and now it’s making a move into nonfungible tokens (NFTs) in a partnership with Crypto.com to ensure that it keeps on going.

The iconic publisher of fantasy, science fiction, and horror media plans to tap the monetization potential of NFTs, which use the transparent and secure ledger of the blockchain to authenticate one-of-a-kind items. Working with Crypto.com, Heavy Metal will be able to create rare digital collectibles that it can sell to its fans and collectors.

The New York publisher plans to use Crypto.com’s platform for collecting and trading NFTs to find new value for its comic book content that has covered the fantasy, science fiction, and horror genres since 1977. The centerpiece of Heavy Metal is Heavy Metal Magazine, and the partnership will launch a Heavy Metal Magazine store on Crypto.com, where fans and collectors will be able to explore and trade in a wide variety of exclusive content.

The publication’s debut collection on the NFT marketplace is scheduled for release at 9 a.m. Pacific on September 15.

“Heavy Metal has always been on the bleeding edge of content, delivery systems, and thought,” said Heavy Metal CEO Matthew in an email to VentureBeat. “Moving this illustrious brand from printed and digital magazine to NFT collectibles was a natural progression of the ethos this brand holds dear to its mission statement.” 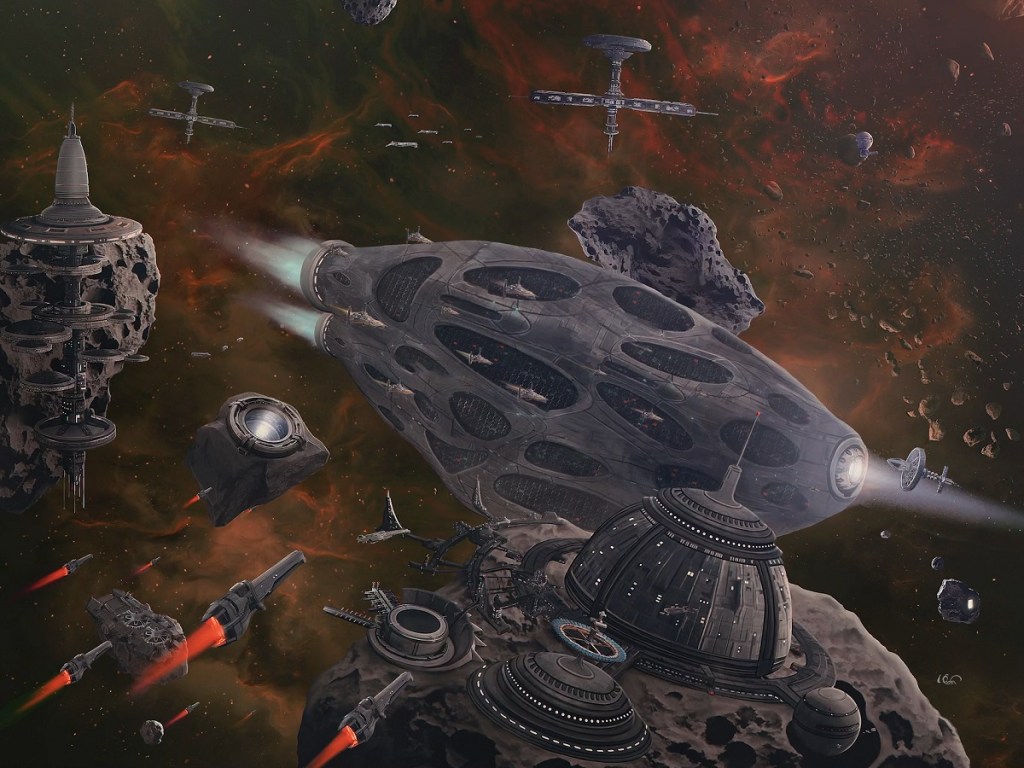 Above: Heavy Metal works with more than 200 artists.

In the past year, NFTs have exploded in other applications such as art, sports collectibles, and music. NBA Top Shot (a digital take on collectible basketball cards) is one example. Published by Animoca Brands and built by Dapper Labs, NBA Top Shot has surpassed $750 million in sales. And an NFT digital collage by the artist Beeple sold at Christie’s for $69.3 million. Investors are pouring money into NFTs, and some of those investors are game fans. The weekly revenues for NFTs peaked in May and then crashed, but they hit a new peak in August and now those revenues are coming in at around $165 million per week.

Medney is the author of the sci-fi book Beyond Kuiper: The Galactic Star Alliance, co-written with John Connelly. Medney is working to create NFTs as entry points to Heavy Metal’s worlds and to give fans access to creators like George C. Romero. In a statement, he said the next four months with Crypto.com/NFT are going to be “insane.” He added, “Or as my partner, Heavy Metal president and head of studio Tommy Coriale, so eloquently puts it: ‘Buckle the f— up.’”

Based on the novel Beyond Kuiper: The Galactic Star Alliance, the inaugural drop will include a piece by United Kingdom street artist Thumbs, among others that show a fantastical universe grounded in science fiction. 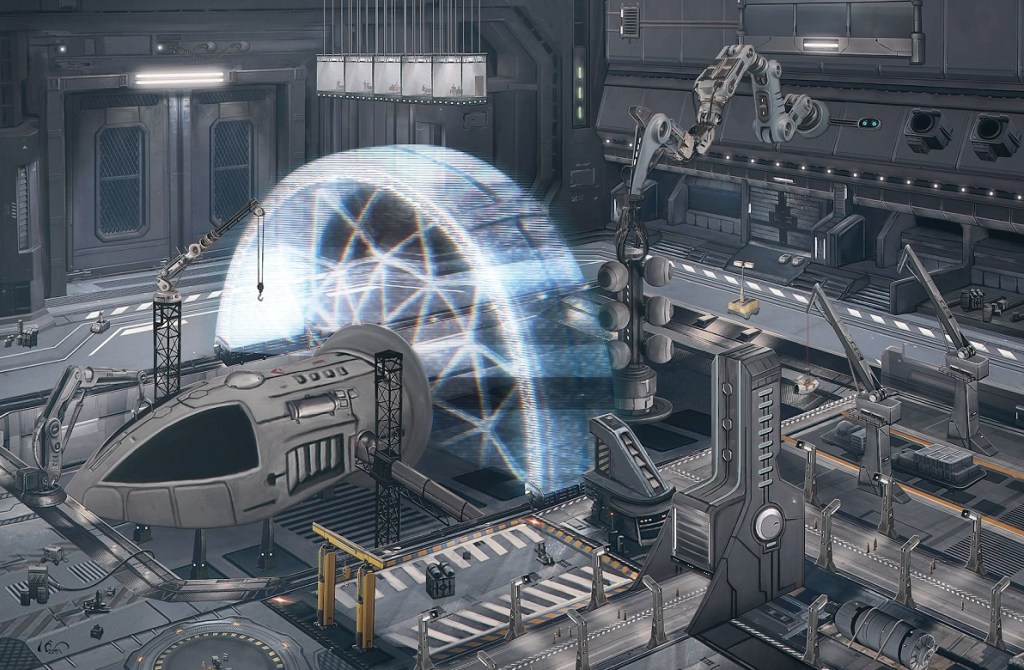 Above: Heavy Metal is heading into NFTs.

Following the “Beyond Kuiper” collection, Heavy Metal will release a drop based on George C. Romero’s The Rise — the comic book series prologue to his father George A. Romero’s 1968 classic zombie movie Night of the Living Dead.

A third collection will be based on The Axe, a project which was recently announced by Joe Trohman (guitarist of the multi-platinum rock band Fall Out Boy and The Damned Things), who also hosts the Heavy Metal podcast I Hate Myself. The Axe was co-created by Trohman and comedian Brian Posehn.

Best known for his work in comedy, television and film, Posehn has also co-written many issues of Marvel’s Deadpool comic book. The project is illustrated by accomplished comic book artist Scott Koblish, who has worked on hundreds of comic books for the likes of Marvel, Disney and DC — including a six-year run on Deadpool. 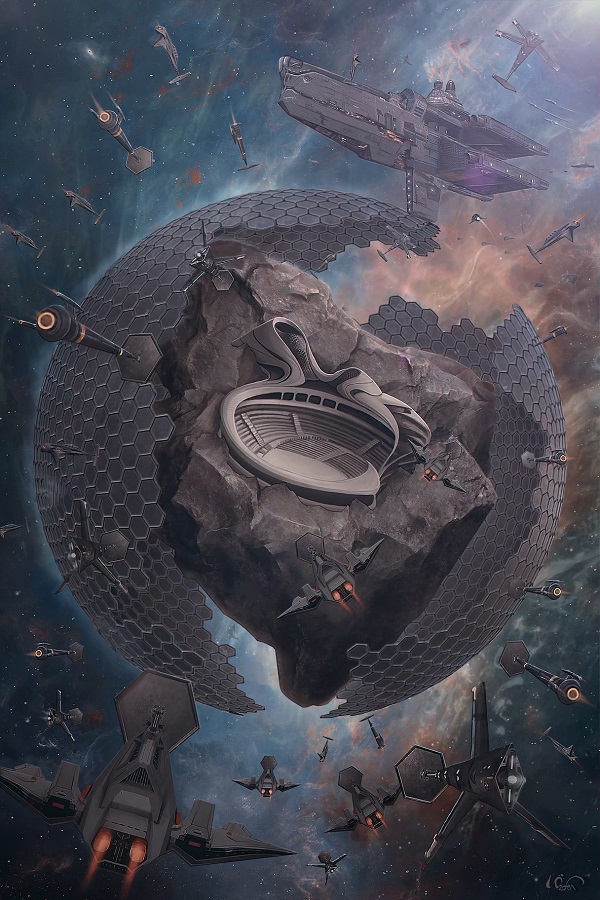 Above: Heavy Metal has been publishing horror, sci-fi, and fantasy comics since 1977.

When Heavy Metal started in 1977, comic book content was still heavily regulated by the controversial Comics Code Authority. And Heavy Metal Magazine has been telling subversive science fiction, fantasy, and horror stories and championing counterculture ever since.

“As an IP company, finding ways to deliver content in meaningful ways that connect with the zeitgeist of culture is critical to our sustainability and growth,” Medney said. “This reality of NFTs is another example of when print moved to digital, we are able to quickly mobilize, monetize and actualize our brand and asserts into new and loved content pathways for our fans.”

The brand’s impact on popular culture is substantial; besides spawning the cult classic 1981 namesake anthology film Heavy Metal, it is also credited with providing the groundwork for films including Blade Runner and The Fifth Element. Currently published monthly, the magazine continues to feature stories, artist galleries and interviews by groundbreaking new and established talent — and the brand is also home to a slate of standalone comic book series, prose novels, a podcast network as well as television and film projects.

Crypto.com NFT is a curated platform for collecting and trading nonfungible tokens by creators, celebrities and brands from the worlds of art, design, entertainment, sports and fashion — including the Aston Martin Formula One Team, Beatport, BossLogic, Boy George, Diego Perrone, Lega Serie A, Lionel Richie, Mr. Brainwash and Snoop Dogg.