Google’s new Chromecast stick unveiled yesterday is its more ambitious answer to Apple TV, a low-priced streaming gadget that provides TV screen mirroring to “any device” regardless of the platform. But it’s also more than that.

Much like Android helped pave the way for Google’s future in mobile, Chromecast could do the same with media. Here’s why. 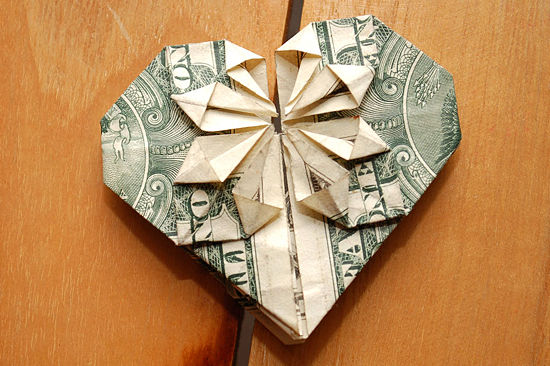 At $35, the Chromecast stick is cheaper than Roku’s least expensive Roku box ($50) and a little over a third of the price of Apple’s Apple TV ($100). It’s also the cheapest streaming media solution available right now, too.

Price is one of the most important things consumers consider when eyeing new streaming media devices. Google learned this the hard way (or rather, Google’s hardware partners such as Logitech) with the Google TV-enabled set-top boxes and smart TVs. Apple learned this lesson, too, as its first Apple TV was $300 (and sales didn’t improve until Apple released the sleeker $99 model).

The bottom line for consumers is that a low price trumps premium hardware components or lots of media storage. Another big thing to note is comparing Chromecast’s $35 price with the $500 forthcoming Xbox One, which is trying hard to bill itself as a streaming media/entertainment platform. But if you don’t like video games and don’t have cable, it’s far more reasonable to spend $35 than $500.

Google’s timing on the Chromecast is smart, and it probably has something to do with wanting to get a head start on future competitors. Amazon has long been rumored to be developing its own Kindle-branded set-top box that it would likely sell at a low price. Amazon could announce something prior to the holiday season along with updated versions of its e-readers and tablets.

Also, we know that Intel is working a set-top box and streaming service, but we don’t know many details beyond it playing nice with content providers. And finally, Apple’s Apple TV is stagnant in terms of what competing devices are offering. Some speculate that the reason for the lack of evolution on Apple TV is due to the company plotting a revolutionary TV set or next-generation set-top box. We don’t know Apple’s time frame on a new TV device, but commentary from CEO Tim Cook indicates that a new TV product is definitely in Apple’s future.

We have no idea how much the manufacturing cost is for Google on each Chromecast stick, but I’m guessing it is either selling the device at cost or slightly below. And just like Amazon is doing with the Kindle Fire, Google is probably hoping to turn the Chromecast into a loss leader — so that it can earn revenue in other ways.

For Google, Chromecast could be a way for Google to collect data about your streaming media activity then sell video ads to advertisers and brands that are on par with TV commercials — except with superior audience targeting. The U.S. TV ad industry alone sees $66.4 billion in spending per year, according to eMarketer. Following companies like Twitter and Shazam, Google likely wants to carve out a slice of the budget that advertisers typically reserve for buying TV commercials. And it could do this through Chromecast.

Google is enhancing its mobile strategy, not replacing it

Chromecast isn’t a platform that requires all major media services to develop a “Chromecast app,” which is what happens if you want to make a service available on Roku or Apple TV. That’s the tactic Google took with Google TV, and that’s clearly not working out well.

Instead, Google’s offering a way for streaming services to integrate Chromecast syncing functionality within existing apps that are available on Android and iOS. That means Google isn’t trying to take anything away from its Android app development momentum.

Chromecast is intended to be an extra perk for mobile apps via a Google Cast SDK, as VentureBeat’s Jolie O’Dell reported during yesterday’s press event. (Also, this could be why Apple hasn’t opened an App Store for the Apple TV, because it wants its iOS development community to build in support for the Airplay functionality.)

The Nexus Q was Google’s first attempt at building a streaming device — and it failed spectacularly. At $300, it was more expensive than the majority of leading streaming competitors. It was also limited in functionality because it was closed off from the majority of the Internet. It offered a second-screen YouTube experience that started on Android devices and extended your music library from Android devices to your TV. That’s it.

It’s no wonder why Google never released the Nexus Q.

By contrast, the Chromecast is ultracheap and provides a second-screen functionality from “any device” to your TV. It also presumably makes it easy to push media (video/audio) from a tab in Google’s Chrome web browser to your TV, making Chromecast an extremely open technology. Websites and web apps don’t have to hide behind a wall anymore (though, as we saw with Hulu and Google TV, media companies could find ways to block Chromecast).

Chromecast is definitely a good direction for Google’s media ambitions, but it’s far from a guaranteed success. Right now, only a handful of apps work with the device, making it rely heavily on its ability to mirror Chrome browser tabs on your television screen.

But Chromecast doesn’t need to be perfect at the start — it just needs to provide an easy way for people to push streaming media from mobile devices to their television screens with very little effort. If the user experience sucks (meaning its buggy, time-consuming, etc.), then Chromecast’s low price may actually work against it. A $35 investment means people aren’t going to feel bad about abandoning the device and writing it off as a dud.

With the exception of YouTube, which Google purchased after it become popular, media has been Google’s weakest market. But with Chromecast, it seems clear that Google is applying all of the lessons it’s learned while trying to reshape television with Google TV. All we can say at this point is: Stay tuned.