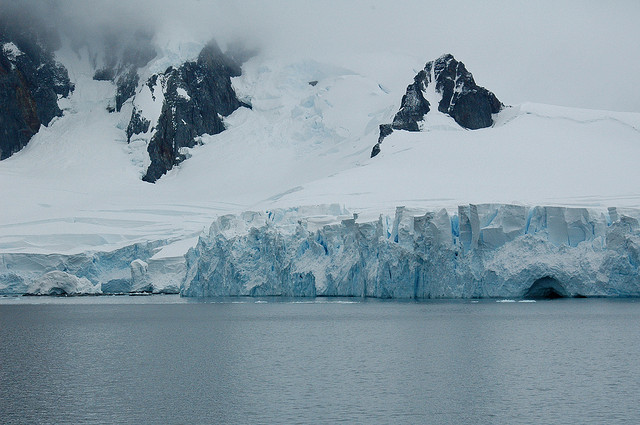 Rock stars and venture capitalists have two things in common: They make a lot of money and they draw a crowd.

The room was packed today during a panel discussion on “Funding in the MusicTech Space” at the SF Music Tech Summit. It was standing room only as an audience comprised mostly of entrepreneurs sat on the edges of their seats trying to catch every last word out of the speakers’ mouths, like groupies at a live show.

The panelists were Larry Marcus of Walden Venture Capital, Hany Nada of GGV Capital, Lewis Gersh of MetamorphicVC, and Patrick Kenealy of IDG Ventures. Moderator Mark Montgomery, founder of FLO {thinkery}, kicked off the discussion by asking the investor panelists point-blank whether they thought the music industry was a bad investment. Despite widespread consumption and high levels of engagement, businesses and artists alike still struggle to make a profit.

“The average American spends 14 hours a week listening to music and 3.5 hours watching sports,” said Nada. “Yet the sports industry brought in $441 billion in 2011, and the music industry only generated 70 billion worldwide. What the fuck? What are you guys doing? There is five times more engagement, and yet you can’t get fans to pay for your stuff. That’s fucked up.”

While many claim that the Internet and its proliferation of free, cheap, and shareable music has brought on the destruction of the music industry, evolving technology has been the reality for the music business since long before the Internet. Musical history is riddled with transition and innovation. The gramophone led to the record player, which led to cassettes and CDs and MP3s, and on and on. Change will never change, but the ways people make money will.

For people across the spectrum — including artists, content producers, entrepreneurs, and vendors — the evolving landscape has created monetization challenges, which can make VCs reluctant to invest in music startups. That said, music is an ingrained and important aspect of culture and something people are probably willing to pay for if given the right product.

“There are two ways of going after a market,” said Nada. “If you are going after an existing market with a product that is faster, better, and cheaper, for us in the music space, that’s not that interesting. If you want to get that $70 billion market to $441 billion with new revenue streams, that is.”

The panelists agreed that the untapped goldmine are the fans. They are the people who are willing to spend money.

“We look for a simple message,” said Gersh. “Fan and band. Engagement. That’s it.”

Gersh identified another issue in the music space, a phenomenon he calls the “Velocity of Obsolesence.”

“Consumers are fickle,” he said. “The industry shows hesitancy to adopt something new, and consumers show a willingness to adopt it, but change their mind. This has left wreckage to business. It is a danger zone, how to hedge against that?”

Three of the four members of the panel are investors in BandPage, a successful startup that helps musicians manage their online presence and stay connected to their fan base. The platform is used by more than 500,000 musicians, including some of the biggest names in the industry, and has raised $16 million in venture capital. While discussing the company, the panelists agreed that ultimately they search for that special, hungry look in a founders’ eyes that shows they are going to “kill it.”

“Some people can sell ice to Eskimos. We want someone who can sell ethnic isolation and poverty to them in a meeting,” said one of the panelists (my view was obstructed).

An apt analogy, not only for entrepreneurs, but for this shivering industry as a whole.