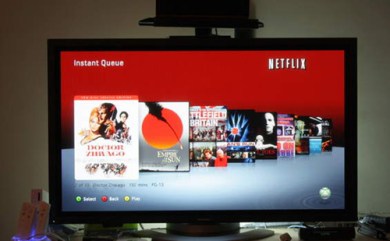 Netflix is apparently willing to shell out big bucks to acquire new TV episodes, according to a report by the New York Post.

Netflix’s pursuit of new episodes is also bringing to a head the war over streaming rights between the studios that create TV shows and the broadcast networks that air them, the Post reports. Currently there’s no system in place for dealing with new episode streaming rights. One unnamed studio executive tells the paper that they suspect networks will eventually get dibs on first-run streaming rights, and afterwards the studios will have control.

Netflix just recently introduced a $7.99 streaming-only plan and also raised the prices of its disc plans (which also offer streaming access). The company has thus far spent $350 million on streaming rights. At this point, I wonder if it’s even worth it for Netflix to shell out such large amounts of cash for new episodes. It’s a great deal for consumers, but it doesn’t seem like a sustainable model given Netflix’s low subscription plan prices — an observation a Time Warner vice president made today as well.

Netflix may also be reaching a breaking point with Hollywood with its continued streaming deals. One Hollywood source told the post: “People are wondering if they did the right thing by selling to them. … Are we mortgaging our future?”