HTC’s Vive VR, Facebook-owned Oculus Rift, and Playstation VR are the three big virtual reality headsets from major tech companies that are getting ready to disrupt your living room this year. But for one of the three — *cough*HTC*cough* — the push into VR is arguably more about short-term survival, as its smartphone business continues to decline.

In fact, HTC’s cofounder, Cher Wang, this week specifically said that the “more realistic” company is refocusing its efforts on VR and away from smartphones. “Yes, smartphones are important,” Wang told The Telegraph in an interview on Monday. “But to create a natural extension to other connected devices like wearables and virtual reality is more important.”

Following CES, we now know that the $599 Oculus will begin shipping to original Kickstarter backers on March 28. Playstation VR, meanwhile, possibly priced at $1,125 (based on a leaked Amazon listing), still has no confirmed shipping date — or official price, for that matter. Preorders for HTC’s Vive begin February 29 ahead of April shipping, but there is no confirmed pricing, as of now. Expect that soon. 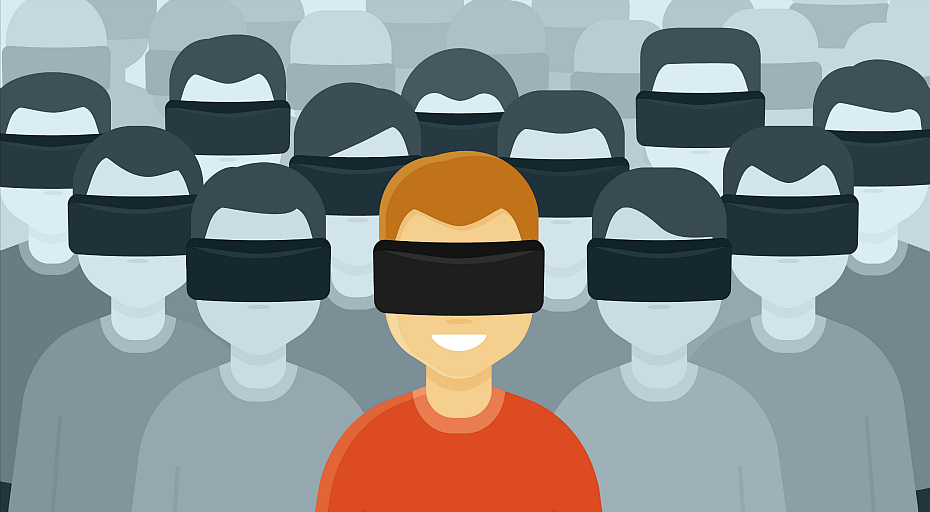 It’s been an uncertain past 12 months for the HTC Vive.

The Taiwanese company announced the Vive VR headset in partnership with U.S. gaming company Valve during its Mobile World Congress keynote in Barcelona in March of last year. This after Oculus declined HTC’s offer to work together on VR technology back in 2012. Who would have guessed that Facebook would buy the small startup just two years later for $2 billion? At the time of the Barcelona announcement, HTC estimated that the Vive would be available for purchase by the end of that year (2015).

In the keynote, the company claimed Vive would “redefine the gaming experience” and said it was working with the likes of Google, HBO, and Lionsgate to create video content for the platform. By March, our own writer Jeff Grub called the Vive “the most believable virtual reality experience yet.”

Writing about his experience of using an early prototype of the Vive that month at the GamesBeat 2015 Game Developers Conference, Grubb continued: “I’m looking over the edge of a derelict sea vessel. It’s lying on the ocean floor, and I’m standing on its deck as sea life swims around me. As I look long into the abyss and feel vertigo begin to grip me, the voice of the Valve employee running the demo tells me to look left. I have to duck as a humpback whale swims up to me.” 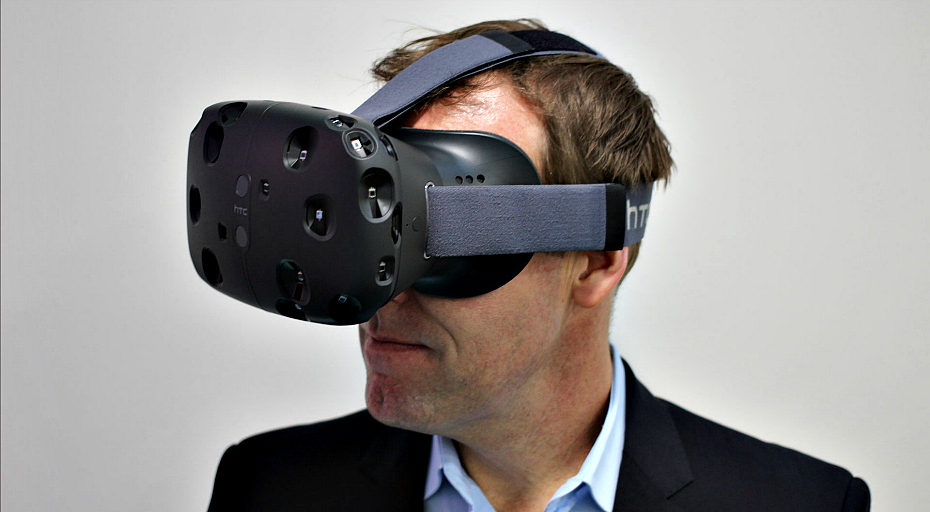 By April, things were moving along steadily as Valve launched its OpenVR developer kit for virtual reality hardware makers. Our games writer Dean Takahashi called it “a big step toward enabling developers to start making VR applications that run on a variety of Valve Steam VR devices” — the most important, of course, being HTC’s upcoming Vive.

There had been concerns that VR tech would make the user feel “seasick” — but the very next month, we learned that HTC had achieved an experience that wasn’t at all unpleasant or nausea-inducing. In fact, Valve programmer Jeep Barnett told us at the time that the precision of the Vive system is purposely designed to minimize motion sickness. “That’s always a plus when you don’t throw up,” Takahashi wrote following his hands-on with device.

With growing interest from the gaming community in May, Valve writer Chet Faliszek — perhaps best known for titles like Left 4 Dead, Half-Life, and Portal — reminded developers and studios that, “When it comes to VR, we don’t know anything.” In other words, VR is still a medium in its infancy and everyone has to work together to come up with ideas. “None of us know what the hell we are doing,” he said. “So we want to share what we’re doing and what we learned along the way.” 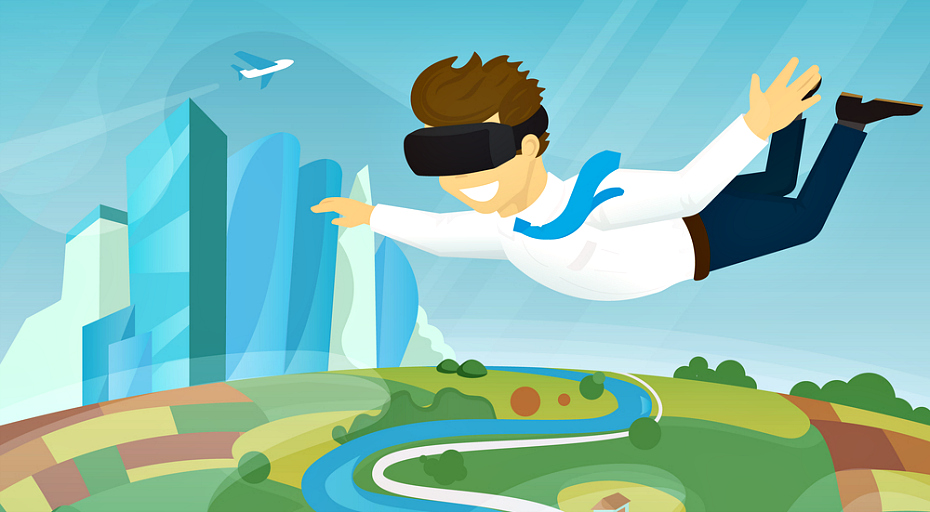 We actually produced a 5,000 word report on the VR and AR (augmented reality) industries around the middle of last year, with the Vive being one of the products cited. You can check that out here.

In a move that left many fans disappointed, Valve announced that it would not be showcasing any products (namely the HTC Vive) during the Electronic Entertainment Expo (E3) trade show in Los Angeles in June. HTC, likewise, had no official presence at the show. Bummer.

By August, news of delays were kicking in. That was when we learned that a scheduled November launch had been pushed back to a far more vague “first quarter of 2016.” It also made clear to the industry that any dream of HTC beating Oculus to the market was unlikely. At the time, we already knew that Oculus was eyeing a Q1 2016 release. And, perhaps unsurprisingly, it left many wondering if HTC would really be able to deliver on its lofty VR promises. Reports about layoffs at the company were highly cited. 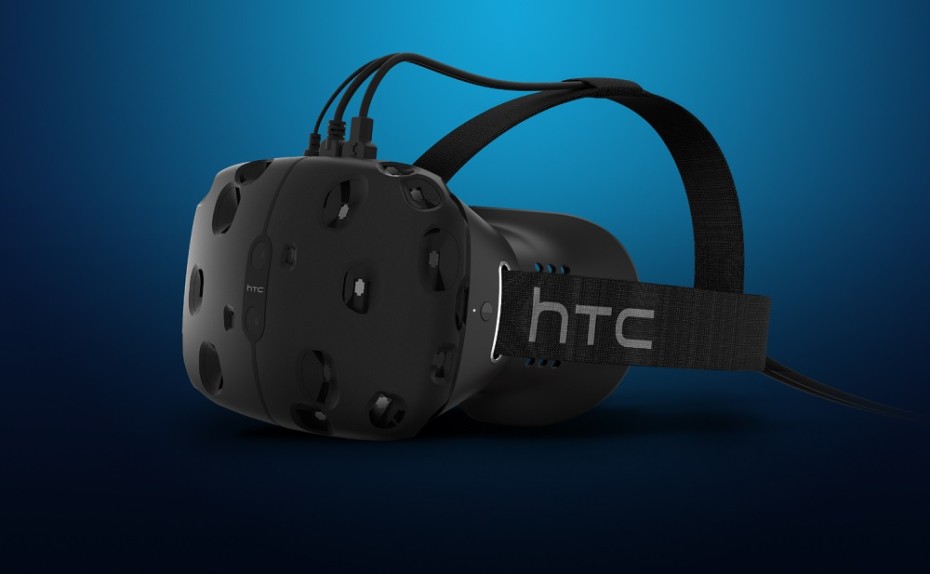 But now, writing with the benefit of hindsight in early January 2016, it’s apparent that HTC is finally nearing delivery of its long-awaited VR offering. It seems unlikely that there will be any other major delays at this point. (Emphasis: unlikely.)

While entertainment and gaming have remained at the forefront in reports on HTC’s Vive, it’s worth noting that the company itself pointed out in an August blog post “rumblings of the potential of VR in medical science and training, architecture, and other areas many of us haven’t even considered.” That was around the same time that we reported HTC cofounder Peter Chou was joining a Hong Kong visual effects studio, in what appeared to be a strategic partnership centered around VR.

HTC told me in an email at the time: “[We’re] working with over a hundred content developers on our world-class virtual reality platform, such as our collaboration with WEVR. HTC has different levels of engagement with these strategic partners; Peter currently holds a directorship with one of our partners to assist them in steering the global development of virtual reality content and production. HTC will continue to seek good partnership opportunities that provide synergy for our innovative technologies.”

Vive was back in the headlines in late October when the movie Paranormal Activity enjoyed a VR demo on HTC’s headset at a few AMC Theaters in the U.S. Our writer Jeff Grub commented at the time that Paramount Pictures, the studio behind Paranormal Activity, wasn’t alone in using VR tech to “stand out from the crowd.” Other studios, including Lionsgate, have used similar VR promotions for their films.

Epic CEO Tim Sweeney had predicted during the GamesBeat 2015 conference that we’ll see “a ton of very fun-but-small games to play” at the dawn of the VR revolution, ushered in by the likes of Vive, Oculus, and Playstation VR. That will be a great opportunity for developers, he said, but it will also lead to “very high-quality game experiences” for consumers as competition grows.

By November, there were more grumblings about delays at Vive. But the same month, we reported that venture capital firms and other businesses had pumped more than $1 billion into AR and VR tech companies in the 12 months prior. And, if all goes smoothly, HTC will be one of the early proponents of the technology able to enjoy a VR/AR market worth a forecast $150 billion by 2020.

I'm not kidding when I say @htcvive is the greatest experience I've ever had in my life. no joke. no sarcasm. I'm blown away. 15/10. my LORD

Promise of a brighter future?

As December rolled by, the delayed April launch of Vive was officially announced — a date that, thankfully, hasn’t changed at the time of writing. But the April launch also left Vive conclusively lagging behind Oculus, with its March entry into the market. HTC’s commitment to make 7,000 headsets available to developers prior to launch remained in place, but, again, concerns around the company’s future surfaced — it had just cut 2,900 jobs in August.

In a blog posting at the time, HTC again stressed that Vive’s application would not just be limited to entertainment and gaming, but would also span uses in “medical, education, and retail” fields. Also in December, the cocreator of hit mobile game Farmville and a former HTC executive announced a new $10 million seed fund for VR games and apps.

This just about takes us up to January (now). So far this month, we’ve heard that HP is partnering with HTC to build virtual reality gaming PCs, slated to be available from the 16th of this month at a starting price of $1,700. Meanwhile, one report last week pegged consumers spending about $5.1 billion on VR hardware and software this year — outside of Oculus and Vive purchases.

In any case, it looks like HTC has a winner with the Vive, and 2016 will be the year when its VR push could finally change the company’s fortunes — even if it takes hilarious marketing videos to help consumers understand what VR is all about. Because, as our writer Jeff Grub pointed out recently: “No one knows how to sell virtual reality yet.” But, he conceded, “HTC is in no way alone in struggling to market VR.”

While we can certainly expect 2016 to be a year of challenges for HTC and the Vive, we can also expect the Vive to start bearing fruit as the VR industry finally begins to look like something beyond mere speculation and conceptual ramblings. That’s assuming, of course, that the Vive doesn’t end up costing $1,500.

Could VR be what makes HTC “quietly brilliant” once again?