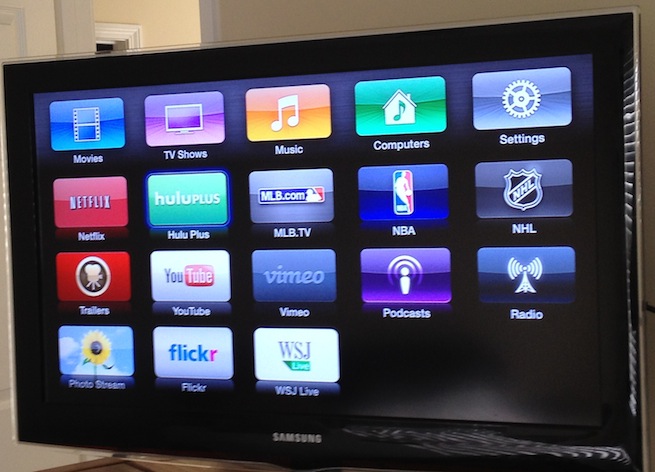 Apple rolled out a software update for its Apple TV set-top box today that includes a new app for Hulu.

Apple TV owners have been waiting forever for Hulu service to land on the device. Previously, rumors indicated that a Hulu Plus app existed but hadn’t been approved by Apple. Some speculated that this was because a Hulu service would threaten Apple’s TV show sales via iTunes. And with OS X Mountain Lion’s new Mac Airplay feature, there’s really no reason not to put Hulu on the Apple TV.

To access Hulu content, users will need to have a subscription to the premium $7.99 monthly Hulu Plus service. However, Hulu is offering a free trial subscription (1-week of service) to all Apple TV owners. Hulu users should also note that not all content within their queue will be accessible via the Apple TV app, as many programs have web-only streaming licenses. (See photos of the new app in the gallery below.)

The more interesting thing about the new app is that it will allow you to sign up for Hulu Plus directly through Apple TV. Apple TV will use your iTunes account to process the payments. This is the same arrangement Netflix (and I’m assuming other subscription-based content channels) has with Apple.

It’s likely that Apple takes a cut of every subscription that’s paid for through a person’s iTunes account, but we don’t know the exact percentage of that commission fee. This detail is probably why it took so long for Apple to bring Hulu Plus to the Apple TV. If you take into account the possible loss from TV show purchases on iTunes as well as a dismal commission fee from bringing on new subscribers, it makes sense that Apple hesitated in bringing Hulu to its set-top box. If true, it could explain why Apple isn’t in any rush to bring additional streaming video services to the Apple TV.