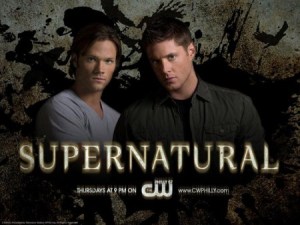 Video streaming site Hulu has signed an agreement to carry TV shows from the CW network the day after they air, the company announced today.

The CW, which is jointly owned by CBS Corp. and Time Warner, airs television shows aimed at a young, mostly female crowd (because the male demographic is embarrassed to admit it likes Gossip Girl). Its lineup of programs includes Supernatural, Gossip Girl, Vampire Diaries, Nikita and America’s Next Top Model.

The deal is a five-year licensing agreement that allows Hulu to stream nine CW programs to its free, ad-supported video service. Each program’s most recent episode will appear the day after it broadcasts on TV for all Hulu Plus subscribers, the company’s premium $8 per month subscription service. Free user accounts will have to wait eight days after the program airs on TV before they can watch it, which is exactly the same deal Fox made when it recently added its content to Hulu.

And like many of Hulu’s other show offerings, the last five episodes of those programs will be available to view in its library. The programs will also be available for viewing on multiple platforms, such as televisions, set-top boxes and mobile devices.

“The CW’s serialized dramas and reality series are precisely the kind of shows we aggressively pursue for our service — the kind of shows that attract a young, engaged, and savvy fan base . . . and that make that fan base care deeply,” says Hulu SVP of Content and Distribution Andy Forssell in a blog post about the announcement.

Hulu’s core user base skews younger, so I think the addition of CW content is certainly a big win for the company. Hulu now has current content from five of the top six TV networks in the country (ABC, The CW, FOX, NBC, and Univision).

In related news, Netflix also signed a content agreement with the CW to air the TV network’s programing on its Watch Instantly streaming service. But unlike Hulu, Netflix doesn’t get access to any of the CW programs’ most current season content until the premier of the following season.