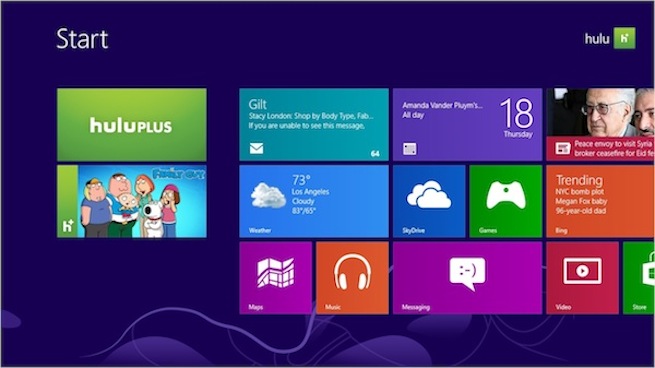 Hulu Plus will be among the multitude of new apps available when Windows 8 launches Oct. 26, the streaming video service announced today.

Hulu’s new Windows 8 app, which is already available in the Windows store, gives you access to the full breadth of its content library, meaning the backlog of older shows as well as the newly premiered TV shows from the broadcast television networks. However, to use the app, you’ll need to be subscribed to the $8 per month Hulu Plus premium service.

The new app was designed for use on both desktop computers and touch screen devices. And from what I’ve seen in Hulu’s demo video, it’s also got some features that are unique to the OS, such as pinning a particular show to the Windows 8 home screen and letting you watch videos using only half your screen.

The Hulu app will also come preloaded on Windows 8 tablets from Acer and Sony. Check out a preview in the demo video below.