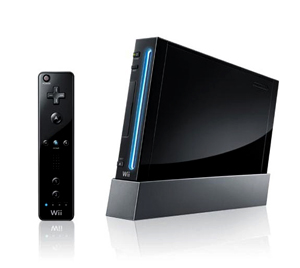 Nintendo’s 3DS handheld and Wii console will get access to Hulu Plus‘ trove of streaming TV content before the end of 2011, the company said today.

One of the most pressing issues facing streaming services like Netflix and Hulu is access. Netflix figured that out early and pushed out apps for phones, tablets, game consoles and other connected devices. Hulu has been slightly behind with getting Hulu Plus on every imaginable device, but it’s now on many phones, tablets and consoles. The Wii is one of the most popular devices for Netflix streaming, so it’s important that Hulu is close to launching on the console.

Hulu Plus’ launch on the Nintendo 3DS is not as important as the introduction on the Wii, but it’s still smart. The 3DS has seen much better sales ever since Nintendo dropped the price by 40 percent to $170. While there aren’t nearly as many 3DS units as other major consoles, Hulu wants to give users as many ways as possible to use its service, while Nintendo wants to incentivize those on the fence about buying another handheld console when smartphones like the iPhone 4S can play pretty cool games too.

To get access to Hulu Plus’ considerable streaming television catalog, you must pay $7.99 per month. Hulu Plus takes the service way above what you can do with regular Hulu.com by letting you watch content in HD, letting you watch Hulu on connected devices (like the Wii), and giving you many more TV episodes to watch.

Nintendo also used the announcement as an opportunity to tell its 3DS users that a major system update would happen at the end of November that will enable 3D video capture. Users will be able to record up to 10 minutes of 3D video and can also create 3D stop-motion animation videos.

“Nintendo 3DS continues to evolve with great new features and functions designed to reinforce its position as a premiere entertainment device,” said Nintendo of America President Reggie Fils-Aime in a statement.