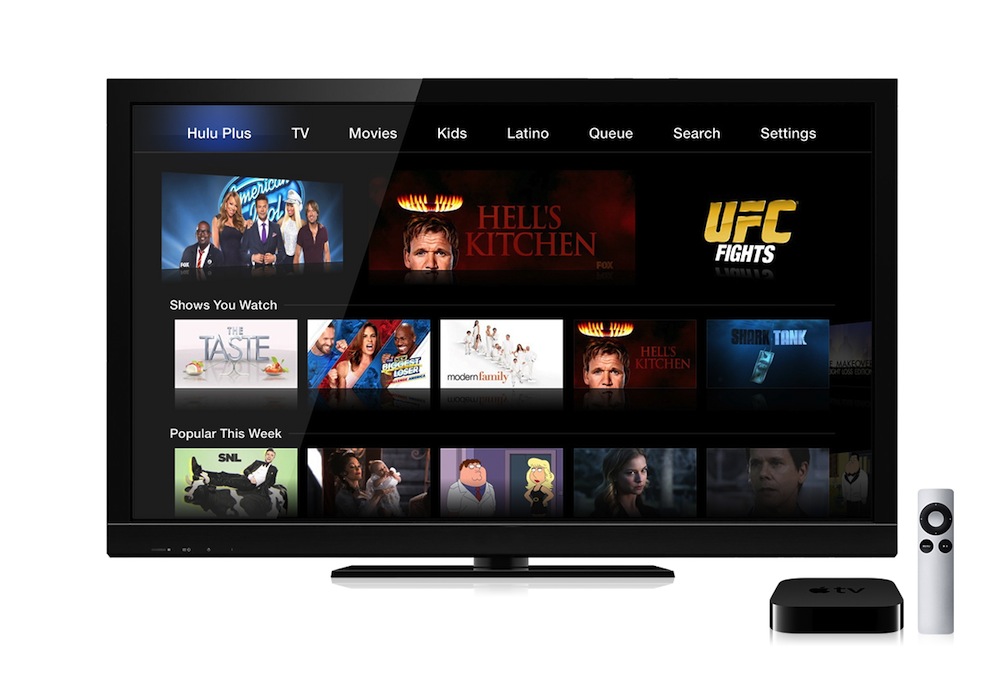 After more than six months of neglect, Hulu’s design team has finally started paying some attention to its Apple TV app.

The original Hulu app for the device was welcomed with open arms by Apple TV owners, who patiently watched as nearly ever other set-top box gained access. That said, the old app was sort of boring and wasn’t very useful if you were just looking for something random to watch on the service. I’m not exactly sure how much of it can be blamed on Hulu, as the company was rumored to have gone through a lengthy approval process before being granted entrance to the device.

The latest update, however, brings a brand news user interface to the app that really opens up Hulu’s library of content. The old side bar navigation was replaced with a menu bar at the top that simplifies all the major categories of content (hot, TV, movies, Latino, Queue, etc.). The design team also replaced the side scrolling thumbnails of TV shows that occupied half of the screen (similar to how Apple displays album artwork while you’re browsing your music library on the device). Now, you’ll see a horizontal carousel of TV shows that changes automatically, which is similar to what you’d see on Hulu’s desktop website homepage. Also like the homepage are horizontal categories of shows, episodes, and clips.

The show pages have also been redesigned to make much more sense for people accessing Hulu via television. The left side of the screen features a thumbnail of the current episode along with a summarized description. It is worth noting that the episode description text is way too small, and pretty much be useless for anyone with a smaller screen and/or someone watching TV from across the room. On the other side is a list of episodes for a single season, complete with the length of each episode and thumbnails. It’s a nice change of pace from the old version of the app.

The Hulu app update also has some other nice additional functionality to help you get what you want quicker — or in other words, the developers take care not to waste your time. For instance, clicking the play button on a thumbnail will automatically play the most current episode of that TV show. You can also toggle on subtitles using the remote, thus eliminating another thing that would otherwise interrupt your viewing experience.

You’ll still need to pay the $8 per month for Hulu Plus to gain access to the new app, but if you’re a heavy Hulu user you probably already are. And in that case, the latest Apple TV update should make you very happy.