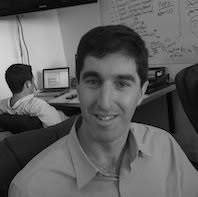 David Aufhauser, the chief business officer of live video streaming site Justin.tv, has left the streaming site now that it has decided to shift its focus to a consumer-driven “YouTube model” for live streaming.

Aufhauser’s specialty was bringing in large-scale events and media deals to streaming sites, something he excelled at when he was vice president of business development at social networking site Bebo, said Justin.tv co-founder and CEO Michael Seibel. He was brought on board originally to help drive Justin.tv’s business-to-business offerings and event streaming.

“We wanted to recruit someone who had experience with the big media deals,” Seibel said. “That was when we hadn’t decided what direction to take and were doing both [business-to-business] and consumer-end streaming.”

But about six months ago, Justin.tv made a strong push into the mobile space with its iPhone and Android applications and decided to focus solely on marketing the service to consumers. That meant Aufhauser’s job was more or less defunct, as the primary revenue stream for Justin.tv is video advertising with its new direction.

“When we made that decision — and Dave was a part of it — so the job that Dave had envisioned was simply no longer at our company,” Seibel said. “We decided to mutually part ways after that.”

Rather than hire another business officer to replace Aufhauser, Justin.tv is going to focus on hiring additional engineers, Seibel said. The site hired eight engineers and a vice president of engineering in the past year.

This marks the second departure in as many weeks, as vice president of product development Caleb Elston left the company last week to start his own company called Yobongo. Elston is the second member of Justin.tv to leave to form a startup, Seibel said.

Live streaming has become a particularly popular form of media consumption, with live stream usage jumping 650 percent this year when compared to 2009. Justin.tv gives individuals a way to stream content live to the internet, whether it is from their webcams, mobile phones or wired in from a TV.

The San Francisco, Calif.-based company was part of the Y Combinator incubator program and has also received funding from Alsop Louie partners and Tim Draper — though the exact amount of money they have raised is unclear. Seibel said Justin.tv has no plans to raise any additional funds.