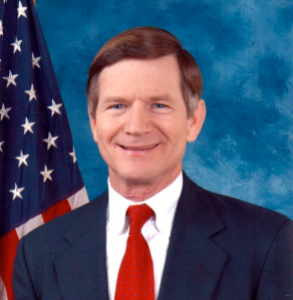 Lamar Smith (R-Texas), the U.S. House member responsible for the highly debated Stop Online Piracy Act (SOPA), recently said he has no intention of backing down from trying to get the bill passed, despite heavy criticism from large tech companies, internet communities and influential tech business leaders.

“It is amazing to me that the opponents apparently don’t want to protect American consumers and businesses,” Smith told Reuters in a report yesterday. “Are they somehow benefiting by directing customers to these foreign websites? Do they profit from selling advertising to these foreign websites? And if they do, they need to be stopped. And I don’t mind taking that on.”

Unfortunately, the method SOPA intends to use to reach the goal of thwarting piracy operations overseas would make the web less secure and grow the ability of large corporations to censor things that they claim violate a copyright.

Essentially, SOPA gives both the U.S. government and copyright holders the authority to seek court orders against websites associated with infringing, pirating and/or counterfeiting intellectual property. So for instance, if a website is accused of containing copyright-infringing content (like a song, picture, video clip etc.), the site could be blocked by ISPs, de-indexed from search engines and even prevented from doing business online with services like PayPal.

While these stipulations allegedly only apply to foreign websites, the bill is vague (possibly intentionally) about how it determines that a site is foreign. SOPA also doesn’t address punishment to any company that falsely accuses a site of copyright violation — at least not in any meaningful capacity. Therefore, the bill puts the burden of proof on the accused site to verify that it didn’t violate a copyright and/or commit piracy.

A SOPA vote is still on hold while congressional committees review the bill. In the meantime, the House has invited a small group of security experts and tech industry leaders to testify Jan. 18 about potential risks associated with passing legislation like SOPA, as VentureBeat previously reported. During the day of the hearing, many large sites — including Reddit, the Cheezburger Network of blogs and a few others  — are staging a blackout to raise awareness of their anti-SOPA stance.