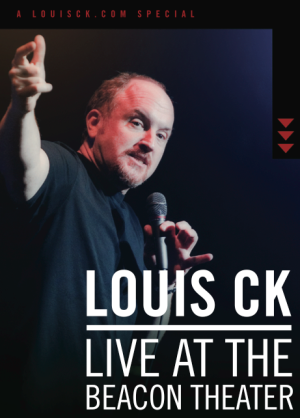 Comedian Louis CK’s recent digital distribution experiment to sell his latest standup performance independently has generated over $1 million, he announced in a statement on his website yesterday. Revenue from the special topped $500,000 after its first four days on sale.

CK made his latest performance Live at the Beacon Theater available as a non-copy-protected download for purchase on his website for a meager $5. Purchasing the special allows you to stream it twice in your browser, or download it twice as an unprotected MPEG 4 video file. Unlike his previous standup appearances, CK cut out the distributor (which was previously Comedy Central and HBO), opting to handle all transactions on his own site. The results were lower prices for his fans and much more revenue than the comedian expected.

If the $1 million in revenue didn’t catch people’s attention, the way CK intends to use the money definitely will.

Rather than hoard the vast new profit from the digital download sales, CK said he plans to split it up among various people and organizations. The comedian explained that $250,000 would pay for the standup special and $250,000 would be disbursed as  bonuses to people who work for him. Also, CK plans to donate $280,000 to five different charities, including the Fistula Foundation, Green Chimneys, Charity:Water, the Pablove Foundation and micro-loan non-profit Kiva. That leaves CK with $220,000 for himself.

“Some of that ($220K) will pay my rent and will care for my children. The rest I will do terrible, horrible things with and none of that is any of your business. In any case, to me, 220k is enough out of a million,” CK said, adding that he’s always viewed money as a resource rather than something you keep for yourself.

The standup special is still available for purchase on his website. CK said if the special makes another million he’ll give more away to charities.