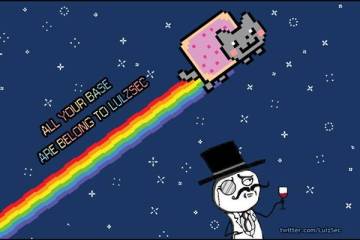 Hacker group LulzSec has identified and released private information about the names of two individuals that might have led to the arrest of a 19-year-old U.K. man suspected of being a member of the group.

The new release recalls tactics employed by hacker group Anonymous, a group known for digging for personal information and posting it on the web in retaliation for attacks on its members. LulzSec actually began working with Anonymous recently when they launched “Operation AntiSec” — a call to arms asking hackers everywhere to attack government websites and deface them.

Ryan Cleary, a 19-year-old UK man, was arrested for his suspected involvement with LulzSec. The release by LulzSec includes physical addresses based on Internet Protocol addresses for each individual that might have turned over information about Cleary. It also included each individual’s real name and the screen name the individuals used when communicating with LulzSec members. The group claims that the individuals they outed are guilty of cyber crimes.

“These goons begged us for mercy after they apologized to us all night for leaking some of our affiliates’ logs. There is no mercy on The Lulz Boat,” the group said in an official announcement. “Snitches get stitches.”

Earlier on Tuesday, a security firm claimed it has assembled a profile of LulzSec and may have identified several members of the group.