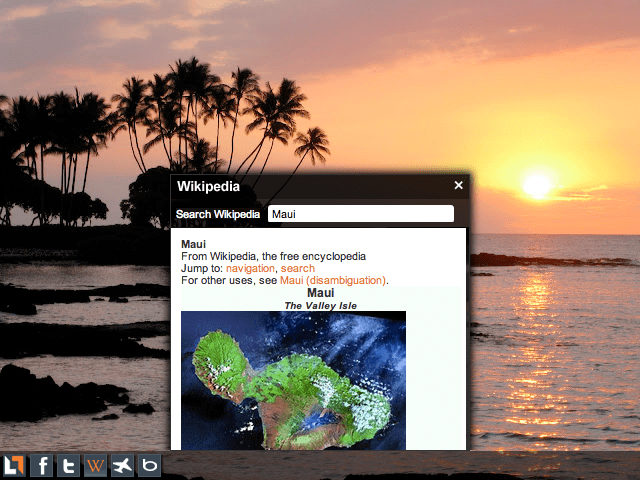 Luminate has created a way to make the trillions of static images on the web interactive. Thursday, the company announced it has raised $10.7 million in a third round of funding and was launching an image app store.

“Images are clearly the central experience on most sites, but nothing has been done with them since the beginning of the Web,” said chief executive Bob Lisbonne in an interview with VentureBeat, “Images are still static and we want to change that.”

Luminate’s original approach attached relevant ads to images online. The company expanded on that idea and created a platform for publishers to attach any information to a picture, whether it’s an annotation, a link to news stories, or even a display of products that match what you see in the picture. With its apps, Luminate is able to closely identify products and people in pictures. When it can’t find an exact product match, it offers close substitutes.

“Our publishers enable the image apps by adding one line of javascript code to their sites,” chief technical officer James Everingham told VentureBeat. “Our apps then figure out what data is in the image algorithmically and with crowdsourcing.”

The company is now releasing an image app store with 11 apps that can be used to add more context to images. Apps include Editorial Search, which helps people find news related to an image; Twitter Feed, which shows what people on Twitter are saying about someone in a photo; and Music Clips, which link a picture of an artist to their albums. Later this year the company plans to open its platform and app store up to third-party developers so they can create more applications for its products.

Luminate faces competition from GumGum, which focuses completely on advertising attached to images, and Stipple which has a very similar look and feel to Luminate. Stipple is more geared towards advertisers looking to sell images or companies wanting to attach purchasing information to products in photos.

This third round of institutional funding was led by Nokia Growth Partners, with participation from August Capital, CMEA Capital, Google Ventures, and Shasta Ventures. This $10 million round will be used to expand its engineering, sales, and marketing teams. Luminate has raised $28 million to date.

Luminate was founded in 2008 by Lisbonne, who used to work at Netscape as a general manager of the browser division, and Everingham, who came from LiveOps. The company is based in Mountain View, Calif. and has fewer than 50 employees.