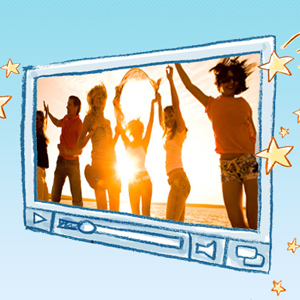 Cloud video editing service Magisto on Tuesday announced it has received $5.5 million in second-round funding, with the intention of automating the painstaking editing process for the masses.

The funding round was led by superstar Hong Kong investor Li Ka-shing’s Horizon Ventures, along with participation from Magma Venture Partners. Magma originally funded Magisto’s first round with undisclosed terms.

“We think of Li Ka-shing’s investment as more than just venture capital,” Boiman said. “It opens doors and positions us in such a way that we could be integrated into other services.”

Magisto’s free (for now) service automates the video editing process for newbies, making it possible for people to submit video clips to the service and let it do the work of cutting the video in an interesting fashion. Magisto scans the clips for noteworthy action and packages it with tricks like transitions and split-screens. Then users simply give the video a title and pick a soundtrack, and the video is ready to share on Facebook, Twitter, YouTube or e-mail.

Videos on Magisto are edited down to under two minutes. Eventually, Boiman said, Magisto will offer a premium paid version that allows for longer clips. The premium version will also remove Magisto’s branding, allow for video downloading and give the user the ability to tweak the video if they choose.

The service has had 20,00 users in its closed beta that started in April. Boiman said the response has been extremely positive and he sees users creating an always-accessible clip library of personal events. Even if users don’t widely share a clip, they can come back to the Magisto library to access their clips.

Cloud video editing appears to be a hot topic this year. Cloud video editor WeVideo also launched recently with a full video-editing suite in the cloud. WeVideo was one of the most promising and talked about companies from the DEMO Fall 2011 conference.

When it comes to Magisto, we’ll have to see how it evolves. After watching quite a few Magisto videos, I believe the service can do good things for share-worthy clips. The only problem? Not all videos are actually that interesting. For example, a skateboarding video with a not-so-great boarder isn’t fun to watch even with editing tricks.

So while Magisto won’t necessarily make your boring video magical, it can help you make a memorable video ready to share in a short amount of time. One of the better Magisto-made clips I’ve viewed can be seen below: