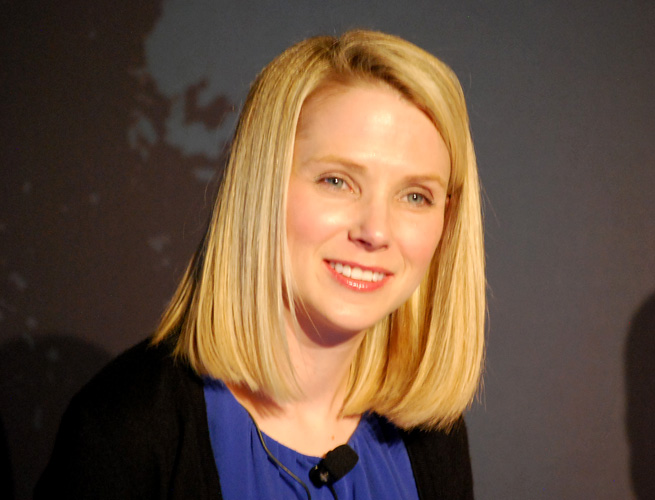 NEW YORK CITY — Yahoo CEO Marissa Mayer just announced a stunning redesign of photo-sharing site Flickr, a property Yahoo let languish for years. But the announcement comes the same day as the $1.1 billion acquisition of Tumblr, another beloved property with a missing vowel and an “r” at the end of its name.

Naturally, some Tumblr fans want to know how Yahoo plans to avoid the fate of Flickr, Geocities, and other failed acquisitions.

So I asked Mayer what changes she has made inside Yahoo to ensure that what happened to Flickr won’t happen to Tumblr.

“It all comes down to people,” Mayer said. “We have an all-new executive management team.”

She also said she had learned from past major acquisitions, including Google’s buy of YouTube and eBay’s purchase of PayPal. Those deals worked because the companies remained independent and kept their own culture, Mayer explained.

“When we look at superscale acquisitions like eBay, PayPal, Google, YouTube, a meme arises,” Mayer said. “Those companies have so much momentum and they often do better when operated independently. Learning from that history is why we made the commitment to operate Tumblr independently.”

Earlier in the event, Mayer said that Yahoo would be moving all 500 of its New York employees to a new office in Times Square. Notably, all Tumblr employees will stay isolated in their own offices, which shows Mayer is serious about them maintaining some independence. That independence will (hopefully) keep the company young and inspired.

“The idea is for Tumblr brand to continue with its vision — a vision that appeals to millennials,” Mayer said.