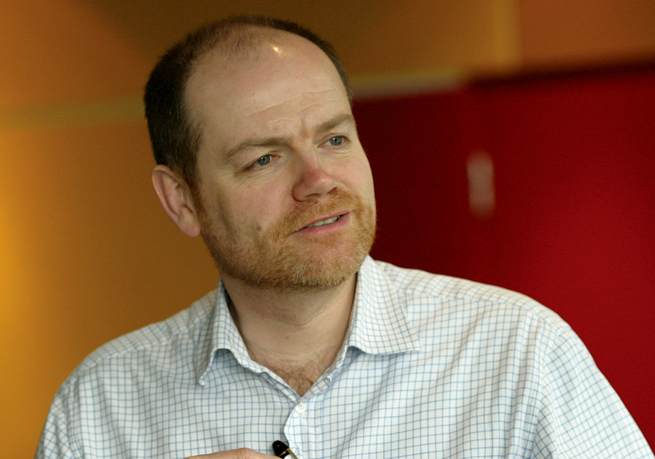 The New York Times Company has tapped BBC Director-General Mark Thompson as its new president and CEO after an eight-month search.

Long before the exit of former CEO Janet Robinson last December, the New York Times had been struggling with the move to print to digital. The organization is still treading water today, and it is reportedly trying to sell off faltering web property About.com. It hopes Thompson is the right person to turn it around.

“Mark is a gifted executive with strong credentials whose leadership at the BBC helped it to extend its trusted brand identity into new digital products and services,” said Times chairman Arthur Sulzberger in a statement. “Our board concluded that Mark’s experience and his accomplishments at the BBC made him the ideal candidate to lead the Times Company at this moment in time when we are highly focused on growing our business through digital and global expansion.”

Thompson joined the BBC in 2004 as Director-General and was the highest paid public employee in U.K. Before taking on work with the BBC, Thompson was the former chief executive of Channel 4.

During his tenure at the BBC, Thompson focused on digital expansion and finding new ways to connect with viewers and readers online. The Times is counting on that leadership.

“The New York Times is one of the world’s greatest news providers and a media brand of immense future potential both in the U.S. and around the world,” Thompson said in a canned statement. “It is a real privilege to be asked to join the Times Company as it embarks on the next chapter in its history.”