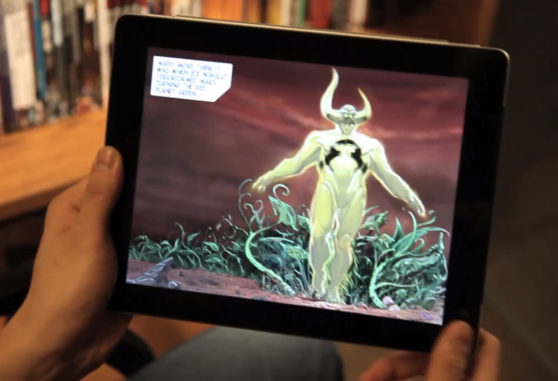 Film has borrowed a lot from comics in recent years, and now it’s returning the favor.

Marvel’s new “Project Gamma” (which, sadly, has nothing to do with the Hulk — at least not directly) aims to bring a cinematic level of music to the world of comics. Using s0-called adaptive audio, each comic will be infused with a rousing soundtrack meant to immerse readers in their stories.

It’s tough to describe the project in words, and not even Marvel’s promotional video (embedded below) does all that great of a job explaining it. Basically, the thing sounds like it will do to audio what Marvel’s motion comics did to visuals: make the reading experience more immersive and cinematic. (Although, I doubt this is something most comic readers are hankering for.)

Marvel hasn’t cleared up the big logistical questions yet, such as whether this a new platform or plugs into Marvel’s existing apps. Nor is the company saying when, exactly, the first Project Gamma comics will be available. In any case, expect to hear more from Marvel about the effort in the coming months.