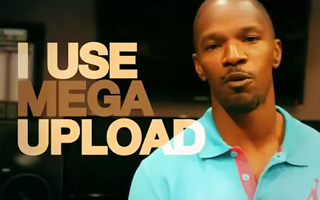 Universal Music Group recently had a video removed from YouTube because…

Well, that’s a good question, actually. The video was removed without notice and without any copyright violations, and most folks (outside of a small group of contract attorneys) are still struggling to understand why.

UPDATE: YouTube has reinstated the video and has given VentureBeat the following statement: “Our partners do not have the right to take down videos from YouTube unless they own the rights to them or they are live performances controlled through exclusive agreements with their artists, which is why we have reinstated the video.” However, we’re still working to find out why it was taken down in the first place and whether such takedowns might occur in the future.

A company called Megaupload recently shot a long, star-studded music video to promote its product. The music was original, and the company signed contracts with all the stars in the video, including Drake, Will.i.am, Kanye West, Kim Kardashian, Serena Williams, Snoop Dogg and a host of others.

But then, UMG called YouTube and had the video pulled off the web. Originally, Megaupload was under the impression that UMG had somehow filed a copyright violation claim and a Digital Millenium Copyright Act (DMCA) takedown notice.

However, Universal now has admitted the video wasn’t pulled because of copyright issues. In a letter from UMG’s attorneys to YouTube, the studio states, “UMG’s rights in this regard are not limited to copyright infringement.”

In other words, Universal can tell YouTube to remove videos for other reasons — regardless of whether or not the studio has any rights or claims on the content.

Since the two entities entered into a contractual agreement in 2009, UMG can apparently have YouTube take down videos for any number of hidden reasons.

Loads of unanswered questions still surround the issue: What was the real cause for the takedown? Why did YouTube comply with the request? Because of the confusion this situation has created, do YouTube content creators have the right to know about conditions in contracts with third parties that might jeopardize the videos they make?

But mostly, why do all these celebrities love Megaupload so much, anyway?

Megaupload has filed a lawsuit against Universal over the whole debacle. We’ve reached out to YouTube to get a better understanding of why the video was removed and will keep you updated, as always.