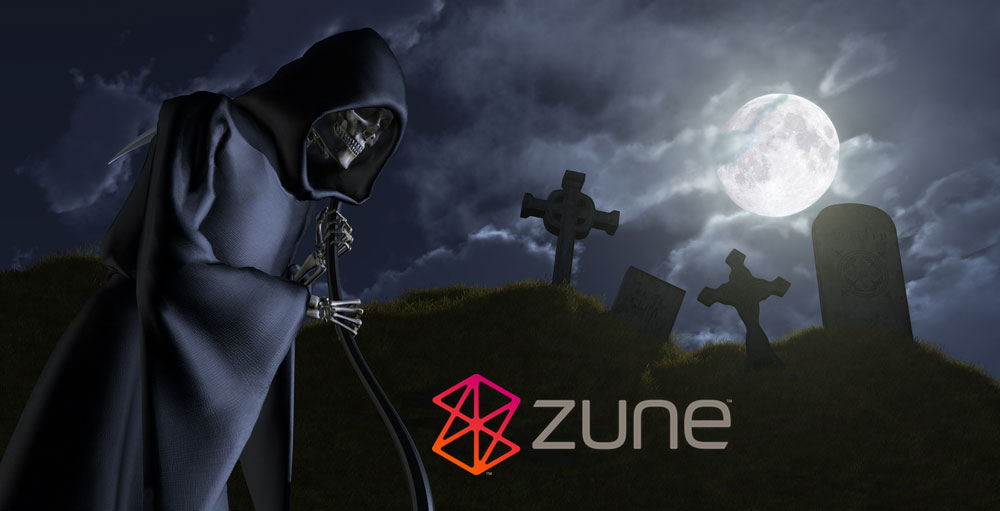 As of yesterday, the only music available on Microsoft’s digital media platform Zune are funeral procession songs.

The technology/gaming giant has confirmed that the Zune brand will be heading to the graveyard, according to the New York Times. All Zune-related products and services will be rebranded under a new Xbox Music service, which Microsoft announced during a press conference at the E3 game industry event in Los Angeles yesterday.

The new Xbox Music service will extend a user’s library of songs across multiple platforms, including PCs, smartphones, and tablets running the company’s new Windows 8 operating system. as VentureBeat previously reported. It’s also rumored to have streaming playback similar to Spotify as well as deep social integration with Facebook.

Microsoft is probably hoping that the Xbox brand will give its digital music efforts a fresh and exciting new appeal — basically everything that the Zune isn’t.

But looking back at Zune’s history, its easy to see why Microsoft decided a revamp was needed. The company first launched the Zune as a Mp3 player in 2006 to compete with Apple’s iPod. And like the iPod, the Zune player came with its own desktop software to counter iTunes.

But, dismal sales caused Microsoft to shutter the Zune Player a few years later. As a result, Zune software efforts were diverted to the Windows Phone OS, and the Zune Marketplace was rerouted to Xbox 360 game console.

While the Zune is dead, it seems Microsoft’s entrance into digital music is only just beginning.