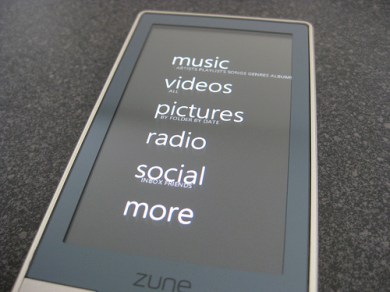 After trying (and failing) time and again to take on Apple’s iPod, Microsoft is finally killing off its Zune media player, a source tells Bloomberg’s Dina Bass.

As a Zune fan who is well aware of how much Microsoft struggled in the media player arena, the news doesn’t exactly come as a shock — but it remains disappointing.

Microsoft started off slow with the ugly first-generation Zune, but with its sleeker second-generation model, I thought it had delivered a worthy iPod alternative. And no matter how you look at it, the Zune HD is a gorgeous little media player — one that perhaps came too late to make a difference for Microsoft.

Still, Zune’s software legacy will continue to live on. The Zune HD’s flashy interface served as the basis for Windows Phone 7’s gorgeous “Metro” user interface, and Zune’s impact has also made its way to Microsoft’s Xbox 360. It’s also worth mentioning that Microsoft’s Zune software is among the best media players on Windows, especially compared to iTunes. The Zune desktop software will still continue to serve as the way Windows Phone 7 owners synchronize their devices.

Microsoft will continue to sell its Zune HD and second-generation Zune models, but it has no plans to unveil new Zunes. That’s a shame, because I can easily see Microsoft offering a new Zune equivalent to the iPod Touch that would basically be a Windows Phone 7 device without phone capabilities.

Microsoft wouldn’t comment on new Zune hardware, Bass later tweeted, and instead emphasized its strategy on the Zune ecosystem as a whole.