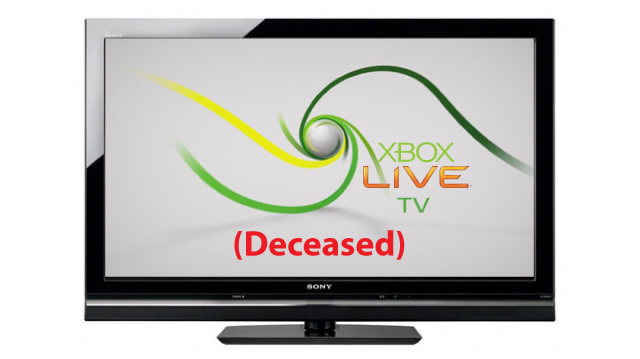 Announcements about internet-connected smart TVs have had an overwhelming presence at this year’s Consumer Electronic Show, which is probably because streaming live video is growing in popularity among consumers.

But despite this upward trend, tech giant Microsoft has decided to cancel the launch of its new live TV service, according to a Reuters report today.

The company was planning to implement the live TV service through its Xbox Live game console, as VentureBeat’s Dean Takahashi previously confirmed. For a monthly fee, this “Xbox Diamond” service would give Xbox 360 owners the ability to watch all their favorite television channels, socialize through the recently revamped Xbox Live dashboard and access popular internet video channels like YouTube, Hulu Plus, Netflix and others.

Microsoft, however, decided to scrap the launch because of the high content licensing costs necessary for its live TV service to operate, according to Reuters. These are the same costs that cable providers like Comcast, AT&T Uverse and DirecTV must pay to provide each channel of programming. Microsoft plans to refocus its efforts to improve content delivery over the web via the Xbox console, which is a very smart and cost-effective move in the long run.

The move shouldn’t hinder Microsoft’s partnerships with Verizon FiOS, AT&T Uverse or Comcast to use the Xbox 360 as a cable box.

Rumors are also circulating that Apple has been meeting with various media companies to launch a live TV service. Should it succeed, Apple could end up with the same complications that caused Microsoft to retreat — expensive licensing costs and lots of competition from existing cable and satellite TV service providers.

It makes far more sense for these companies to create devices (Microsoft’s Xbox 360 and Apple’s Apple TV set-top box) that enable existing televisions to access a platform allowing third-party companies to launch their own channels or apps.