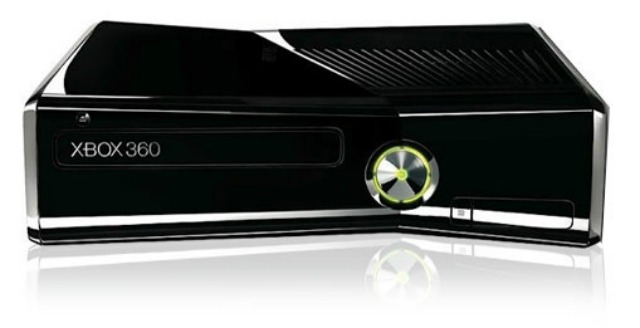 With its Xbox 360 successor, Microsoft may just one-up Google for once.

The new Xbox will reportedly be able to control your television and cable/satellite box, similar to what Google (unsuccessfully) attempted with Google TV, reports the Verge.

The console would reportedly connect to your cable box via an HDMI pass-through (just like Google TV), which means you’d be able to view both the next Xbox and your standard TV programming in the same video input. It would display an overlay on top of your existing TV content, enabling the next Xbox to offer features around what you’re watching without the need to process the video.

VentureBeat attempted to confirm this report. A Microsoft spokesperson said that the company doesn’t comment on rumors.

You could say we should have seen this coming. After selling its MediaRoom IPTV platform last week, Microsoft noted that it will focus on the Xbox as its core TV strategy. The Xbox 360 has proven to be an incredibly popular video consumption device, thanks to apps from Netflix, Hulu, and others, but it makes sense for Microsoft to aim much higher with its next console entry.

This isn’t the first time such rumors have cropped up, either. Video game industry insider — he calls himself a “fixer” — Kevin Dent says he’s been forecasting this since the summer.

Not surprisingly, the Verge is hearing that the console — which gamers have nicknamed the Xbox 720 — would also require an Internet connection to use the entertainment services. If these rumors hold true, you would have the next Xbox running practically the entire time you’re in front of your TV.

Gamers have been suspicious about rumors of “always-on” consoles  (so-named because they require a constant Internet connection) as we gear up for this next generation in gaming — especially since recent always-on games like SimCity and Diablo III had major issues at launch. For game publishers, being always-connected also adds another level of piracy protection. But gamers don’t appreciate the inflexibility of not being able to play their games offline.

The rumor follows some controversial comments from Microsoft Game Studios’ Adam Orth, who didn’t see much of a problem with always-on consoles (and didn’t have much sympathy for those living in the boonies). Microsoft ended up apologizing over his remarks, but it didn’t outright deny that the next Xbox would be always-on.

I’m a big fan of what Google tried to do with Google TV, but slow hardware and a lack of decent content kept it from being a success. It sounds like Microsoft wouldn’t make the same mistake, as the Verge notes that the company already has partnerships with content providers. (And unlike Google, it’s not trying to promote cord-cutting.)

Microsoft’s Kinect sensor is also said to be a big part of the next Xbox’x entertainment experience. The updated version of the motion controller would reportedly be able to detect multiple people within a room, and it could even pause what you’re watching when you turn your head.

If this particular rumor is true, Microsoft would also have a leg-up on Sony (once again) when it comes to entertainment. Microsoft wisely maneuvered to make Netflix exclusive to the Xbox 360 for more than a year before it was available to the PlayStation 3 or Wii. We haven’t seen much of Sony’s PS4 entertainment plans yet, other than the fact that it will support 4K video.

Microsoft will reportedly unveil its next Xbox on May 21, which should lead directly into this year’s E3 convention in June.