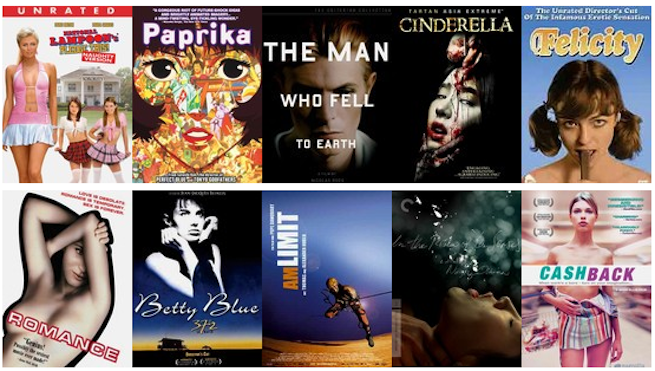 Someone has created a new site called BateFlix that will allow you to search the bulk of Netflix’s DVD-rental and streaming video library for all the titles that contain nudity.

Think of it as sort of a cross between Netflix recommendation search engine InstantWatcher and Mr. Skin, a site that specializes in locating, rating, and posting instances of nudity in major movies. With all the creativity and specialization happening on the Internet, I’m kind of shocked something like this hasn’t popped up sooner.

The site appears to use an API to draw in all the movie information from Netflix, including categories and genres, into the search site. Out of the thousands of movies available, BateFlix’s about page indicates that only 6,411 movies fall under its criteria for films containing nudity.

Since Netflix doesn’t have family accounts, nor does it let you delete viewing history, BateFlix might come in handy for some people. As one VentureBeat staffer (who will remain anonymous) remarked: “Now I can find all the British period pieces that my wife likes to watch which also have a little something for me. win-win!”

We’re not entirely sure who’s responsible for creating BateFlix, but the chances are pretty high that it’s someone who frequents community news site Reddit that has a lot of free time. The Whois information indicates that the BateFlix domain was bought last month.

If the site’s creator does respond to our requests, we’ll update the post with more details.

Update 4/10/2012 (6:17 a.m. PST): The site’s creator responded to our inquires. Turns out he’s not a regular Reddit user, but he is a code geek with lots of time on his hands. Check out the response below:

I created BateFlix to learn PHP and HTML. I’m not a Reddit reader but I have seen some interesting stuff people share from the site. BateFlix took a week to build. Most of the time was spent on finding a domain name, hosting a WordPress on GoDaddy, and customizing the twenty eleven theme. The rest of the stuff came naturally since part of what i do for a living is presenting actionable information from large complicated datasets. The Netflix API is really nice and i wish more people will use it to create something other than a movie queue management app.