The once great all-purpose social network Myspace is apparently seeking to raise a $50 million round of funding to further revamp the site into a streaming music competitor on par with Spotify and Pandora.

The information comes from what looks like a leaked presentation from Myspace owner Interactive Media Holdings (aka Specific Media), which was obtained by BusinessInsider today. We already knew that Myspace wanted to refocus itself into a music-centric experience after Specific Media purchased the site for $35 million from previous owners News Corp. last year. During that time, the company was able to lure in pop music icon Justin Timberlake as an investor, and recently debuted a slick overhaul of the entire site last week, as VentureBeat’s Jennifer Van Grove reported.

The leaked document reveals that Myspace is expected to generate $15 million in revenue this year, which is an improvement from the previous year’s $9 million revenue total. Myspace apparently lost a total of $40 million in 2012, and could lose another $25 in 2013, according to the documents.

The document also shows Interactive Media’s master plan for Myspace’s future, which includes raising $50 million to transform it into a direct Spotify competitor that will launch in the second quarter of 2013.

One thing that Interactive Media touts as an advantage over other popular streaming services is that, overall, it pays out less in licensing fees to musicians and copyright holders. The site apparently has 27 million music tracks from unsigned artists, which accounts for over half the music played on the site.

We’re reaching out to Interactive Media for confirmation about the alleged leaked document, and will update this post with any new information.

We’ve embedded a few slides from the presentation document below. 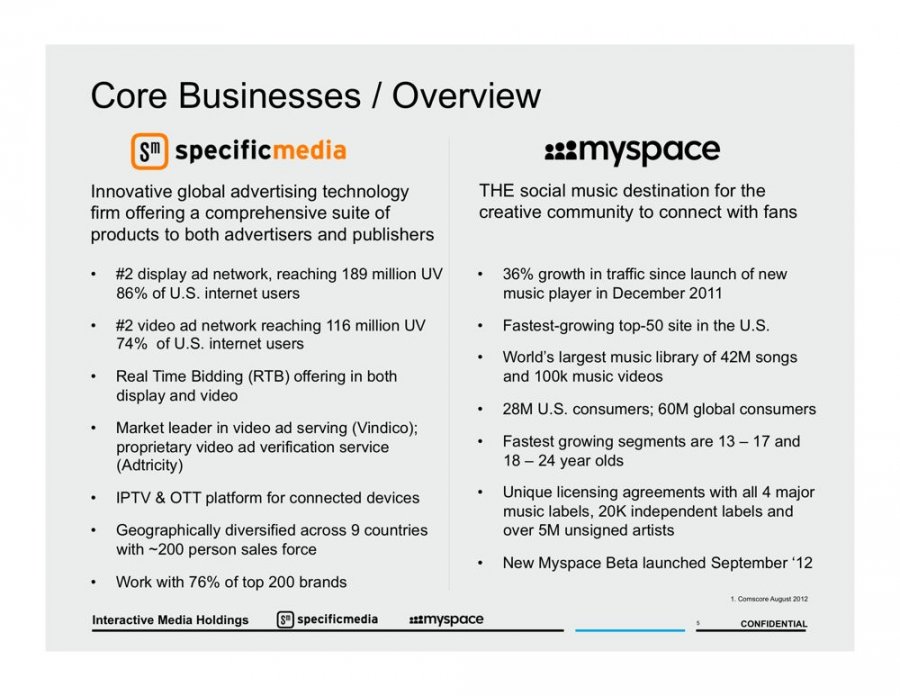 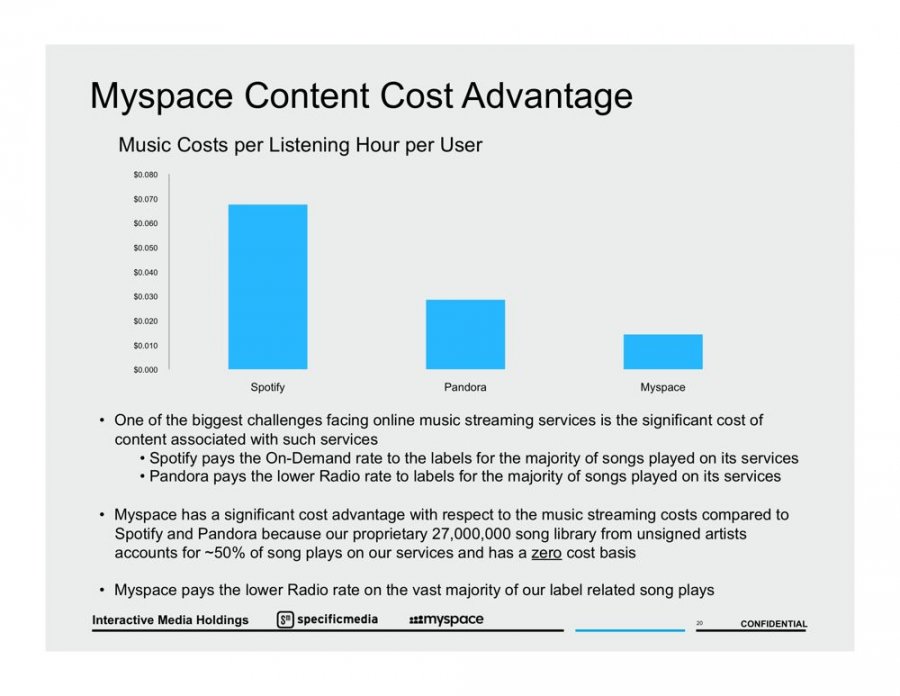 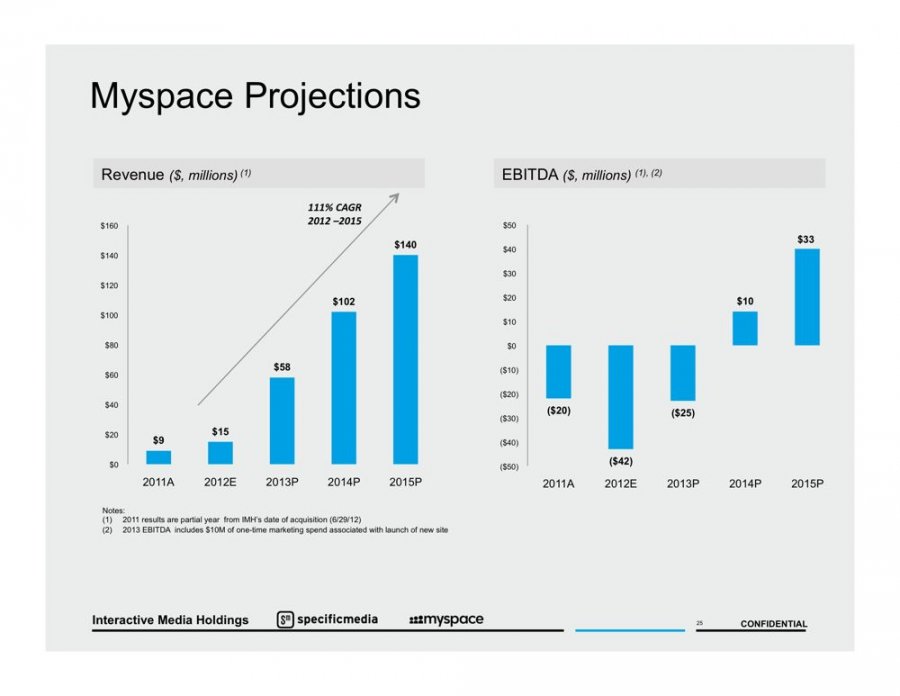