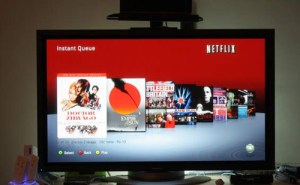 Subscribers of Netflix’s streaming video service watched over two billion hours of television shows and movies in the fourth quarter of 2011, the company announced today.

Netflix has 20 million streaming members globally across the U.S., Canada and Latin America. The company plans to launch its streaming service in both the UK and Ireland later this year.

While the number of streaming hours for Netflix indicates that the service is doing well, it doesn’t necessarily mean the overall health of the company is the same. Netflix decided to raise subscription rates on its DVD-by-mail service by 60 percent in July 2011, which caused a huge uproar among its 25 million monthly subscribers. Then in September, CEO Reed Hastings announced the company was spinning off its DVD-by-mail business into a separate company called Qwikster — a move that caused an even bigger customer backlash. After plenty of negative criticism and a significant dip to its stock price, Netflix decided to cancel its plans for Qwikster. All of these developments led the company to score significantly lower in customer service rating, according to some reports.

Still, the company understands that the primarily driver for customer satisfaction is choice and has made streaming agreements to bring lots of television content from Miramax, Lionsgate, CBS, ABC, the CW and NBC. It’s also getting ready to debut its first original series, Lilyhammer, in February as well as House of Cards, a political thriller from David Fincher and Academy Award winning actor Kevin Spacey.

Regardless of how much content the company adds to its streaming library, we won’t have an accurate gauge of the company’s health until it releases its fourth quarter earnings.