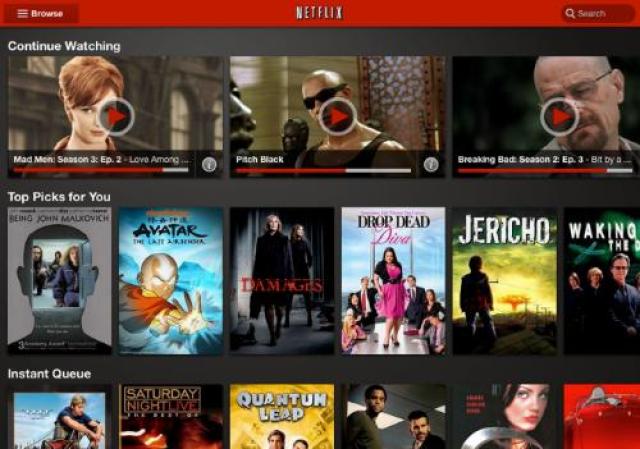 The move comes just as Barnes and Noble’s Nook Tablet and Amazon’s Kindle Fire — both Android-powered tablet devices — enter the market for the holiday season.

The redesigned interface (shown above) displays twice as many titles on the video browsing screen than the previous iteration. The artwork for each movie and/or television series is also much larger than the old version. However, this doesn’t prevent you from navigating through titles. The new interface looks a lot like the one made for the web browser, but it works far better on a touch screen.

“In the last 12 months we have seen a threefold increase in how long Netflix members are watching on their tablets,” said Neil Hunt, chief product officer at Netflix, in a statement. Those viewing habits aren’t just specific to Netflix either. According to comScore, tablet viewers are more than twice as likely to finish a video than those watching from a desktop. Also, tablet viewers watched movies 30 percent longer than other mobile devices.

Netflix said the new streaming interface will make its way to the iPad in the next few weeks. It’s interesting that the company decided to lead with Android-powered devices instead of the great and mighty iPad, but not surprising. Android devices have a small but growing share of the tablet market, and it’s easier to deploy new apps to Android than it is to the iTunes App Store, where companies have to wait for Apple to approve every update. With the Nook and Kindle Fire on the way, its pretty obvious for why Netflix chose to concentrate on Android.